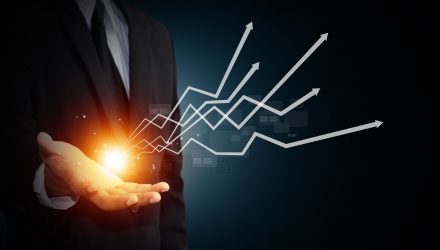 Market Disruption Shows No Signs of Slowing Down

For more than a year, I have been talking about the growing impact that disruption is having on global markets. The events of last week illustrated that this theme isn’t slowing down.

About a decade ago, many of our major central banks became ultra-accommodative — with most immersed in experimental monetary policy — in response to the global financial crisis. Normalizing monetary policy from these extreme levels carries the potential for disruption, so central banks today are attempting to delicately unwind their policies, which is an experiment in and of itself.
A case in point is the Bank of England (BOE), which is facing a particularly complicated situation due to Brexit. Up until a month ago, it was expected that the BOE would continue its rate hikes, which are in their infancy, at the May meeting. However, after weeks of signaling that this may not be the case, the BOE’s Monetary Policy Committee met last week and voted 7-2 to keep rates at 50 basis points.
At the subsequent press conference, BOE Governor Mark Carney provided the rationale that the economy didn’t grow as expected since its last meeting, with a significant slowdown in the first quarter as the UK notched just 0.1% in growth1 (which Carney attributed largely to bad weather). The BOE also downgraded its forecast for 2018 growth from 1.8% to 1.4%.
Related: As Bank of England Mulls Rate Cuts, More Pound Punishment Likely
It’s clear that the BOE had the flexibility to keep rates static because inflation was actually below expectations at 2.5% annualized for March.1 From my perspective, this decision makes sense given all the uncertainty around Brexit. Economic policy uncertainty is a powerful negative force that has historically discouraged business investment.
And the current environment in the UK can be characterized as highly uncertain given that so much has not yet been determined about the post-Brexit world. Recall that the UK was able to secure a transition window, which is scheduled to end in January 2021; this gives the UK some breathing room to work out the details of Brexit, but also prolongs the uncertainty.
To complicate matters, some are suggesting that the transition window is too short. Lord David Hannay, a former UK ambassador to the European Economic Community and the United Nations, explained in a recent interview that, “I think it’s very likely that we will not be in the fully functioning new partnership (with the EU) by January 2021. I don’t find anyone whose work I’ve read or I’ve talked to who seriously thinks the contrary.”
If the transition window is extended, this may give the UK more breathing room, but would again add to the length of uncertainty — which would likely not be positive for UK businesses, in my view. Brexit is a case in point of the geopolitical disruption that is also impacting a variety of places around the world.
Geopolitical disruption
Much of the geopolitical risk we are seeing today — including Brexit — is a byproduct of populism, which is a powerful force. And populism has been a juggernaut lately in a variety of different countries, including Italy, where a coalition government was just agreed upon between the Five Star Movement and the League (formerly the Northern League).
This leadership arrangement has the potential to become Frankenstein’s monster: The League’s promise of a flat tax of 15% for corporations and individuals, combined with the Five Star Movement’s promise of basic income for lower-income Italians, could increase government expenditures as it lowers government revenue. The pieced-together combination of these discordant policy proposals could make the debt situation in Italy even worse — and risk violation of its covenant with the European Union.
Geopolitical disruption seemed to abound last week, as the US announced it was withdrawing from the Iran nuclear accord. This raises a significant amount of uncertainty for European companies, which have been told by the US to cease doing businesses with Iran.
In fact, White House National Security Advisor John Bolton recently warned that the US could impose sanctions on European businesses that continue to do business with Iran. Russia and China will clearly continue to do business with Iran, but European companies, which have dramatically increased their investment since the multilateral accord was signed, may have to make a difficult choice if the US stands by its bold threat.
The more immediate concern is, of course, the rise in the price of oil, which was to be expected. West Texas Intermediate crude oil reached its highest price per barrel in three years in the wake of the US’ announcement on Iran. Oil could climb higher from here, but I believe there is a built-in cap on the price, given that higher prices may trigger greater US production, which would ultimately tamp down the price of oil. But this won’t happen overnight, so I expect oil prices to move higher in the near term.

When there is disruption in the air, we shouldn’t be surprised to see markets react. For example, emerging market debt has come under pressure recently, hurt by rising US rates. Emerging market equities have been under pressure for much of this year, largely due to concerns over an acceleration in US Federal Reserve policy normalization.
And the spread between two-year and 10-year US Treasuries has been narrowing for a while, but is now at its lowest level in the last decade — less than 50 basis points separates the yields.4 None of these market events suggest imminent danger — but they do suggest that markets have been disrupted.
The good news is that disruption creates opportunity for those with intestinal fortitude and a long investment horizon. I think this is particularly true for emerging markets equities, which offer attractive valuations and growth potential. Of course, in this environment, selectivity will be key.
This article has been republished with permission from Invesco Powershares.