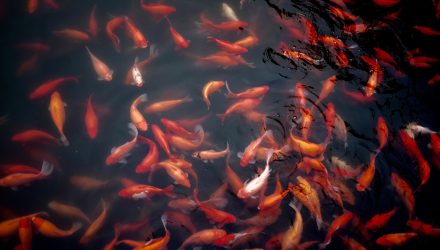 Compared to the past few years, we at Invesco Fixed Income think China’s macro policies will feature tighter regulation, looser liquidity and fiscal consolidation. As previously communicated by President Xi Jinping and his administration, China is:

The central government’s 2018 macro objectives are closely aligned with the above policy priorities. The government’s official 2018 growth target is around 6.5%, in line with 2017.1 However, the phrase of “striving for a better result” was erased from this year’s report.

Growth targets for M2 and total social financing (TSF) — a broader measure of credit after equity financing is excluded — were removed, compared to 12% growth anticipated for each in last year’s government working report. In addition, the government’s fiscal deficit target was reduced to 2.6% of gross domestic product, from 3.0% last year.1 This marks the first time since 2012 that China has lowered its fiscal deficit target.

With monetary policy and financial stability set as “dual pillars” within the central bank’s new operating framework, recent personnel appointments at the People’s Bank of China (PBOC) are designed to enhance coordination between the two.

Notably, Guo Shuqing, the Chairman and Party Secretary of the newly formed China Banking and Insurance Regulatory Commission, has also been appointed as the party secretary of the PBOC. Both Guo and new Central Bank Governor Yi Gang are expected to work closely with Vice Premier Liu He, who has emphasized the importance of financial regulation, especially counter-cyclical regulation during an economic upturn.

What could this mean for China?

Slower credit growth. Invesco Fixed Income expects credit growth to continue to slow and banks to gradually reduce off-balance sheet credit, returning to more traditional on-balance sheet lending. Regulations enacted since 2017 have aimed to reduce financial leverage and curb the shadow banking sector, which has been a source of debt expansion in China since the global financial crisis in 2008. 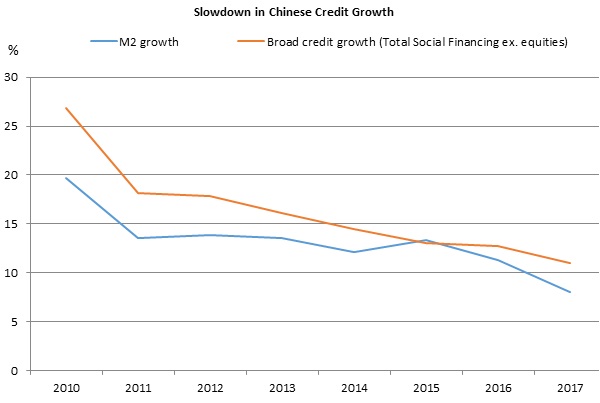 Moderating economic growth. Our forecast of 2018 growth is below consensus at the low 6% level. This is based on our expectation of further regulatory measures aimed at shadow banking and local government debt, state-owned enterprise deleveraging, and tighter policies related to the property market and retail loans.