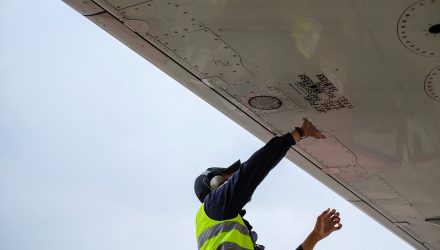 The U.S. added 164,000 new jobs in April, missing economist expectations of 195,000. But that doesn’t mean the economy is weakening. In fact, quite the opposite. Here are three signs the economy is strong.

Despite missing expectations for more new jobs in April, the unemployment rate fell to 3.9%, the lowest since 2000.

According to the Wall St. Journal, “The unemployment rate will likely fall further. The jobless rate fell to 3.9% in April after sitting at 4.1% for six consecutive months. The fall was driven in part by the decline in the labor force participation rate, a which some economists worry could signal that people are feeling less optimistic about job prospects. Still, economists expect the unemployment rate will decline further in the months ahead–with the Fed forecasting a 3.6% rate next year–as the labor market continues to tighten.”

This is evidence of the economy’s resilience against a backdrop of market volatility and anxieties about a possible trade war.

The Pace of Hiring

An encouraging sign for the economy is that the pace of hiring has yet to be disrupted although some worry it’s going to slow in the future.

It’s been a long stretch of uninterrupted job growth on record and economists worry the pace of hiring will begin to slow as employers increasingly struggle to find new workers. The U.S. economy added 164,000 jobs in April, compared to a monthly average of 191,000 additions over the past year.