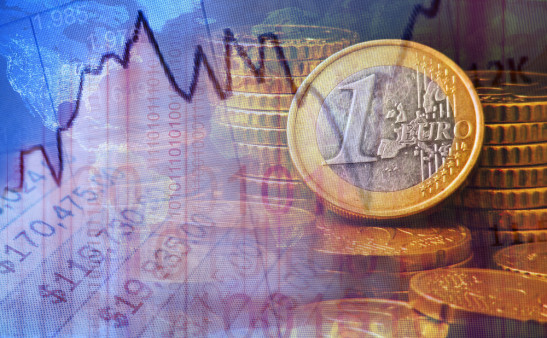 While the European financials sector is one of our least favorite areas in Europe to invest, we believe the risks to the mega-cap banks are related more to earnings risk, not solvency risk. Eurozone banks have meaningfully increased their Tier 1 capital weightings since 2011, and we believe the post-crisis establishment of the ECB as the pan-Eurozone regulator and buyer/lender of last resort has drastically reduced solvency risk among the SIFI (Systematically Important Financial Institution) banks. We would point to the recent announcement of a “bad bank” funding solution in Italy as an overdue but welcome move supported by regulators to reduce solvency risk.

Related: A Letter to Investors, Volatility Versus Value

CDS are also traded on sovereign (government-issued) debt for specific countries and can give a more generalized view of geopolitical and/or economic risk. CDS trends in Eurozone countries are similar to banks, in that peripheral countries such as Spain and Italy saw CDS widen in the beginning of 2016 but improve more recently, and in that 2016 moves were nowhere near as dramatic in magnitude as 2011-2012. We will continue to watch both types of European CDS closely as a warning signal.

The EUR/USD currency cross has been stuck in an intermediate-term trading range between approximately $1.05 and $1.15 since the beginning of 2015. We think this range is likely to stay in place for the time being; thus, being close the upper end of that range currently, we are inclined to continue to hedge a meaningful amount of our EUR exposure back to the USD. However, should the EUR breakout definitively to the upside meaningfully above $1.15, we may need to rethink both our preference for hedging the EUR, as well as our preference for the global export-focused Eurozone equities mentioned above.

The risk of “Brexit” in the UK. Fringe political parties in France. The refugee crisis. Friction among factions within the ECB. Terrorism. What do all these things have in common? They are all economic risk factors directly or indirectly related to political tensions. While politics are unpredictable, we view German politics as being as perhaps the most important in the region, given Germany’s place as economic and cultural thought leader of the Eurozone “experiment”. Regarding the migrant crisis, we recognize that German leader Angela Merkel’s personal and party popularity has suffered due to her stance on this issue. However, we also believe that no credible political challenger to Merkel exists within Germany currently; this means political risk may be lower than it would appear. While we agree that the long-term ramifications of the vast numbers of Syrian and other refugees are still to be determined, it is worth mentioning that immigration potentially holds the cure to one of Western Europe’s largest long-term problems – a rapidly aging demographic. We also think it’s underappreciated that the amount of government spending per immigrant that will need to occur may actually serve to boost Eurozone GDP in 2016.

Dividends are not guaranteed and are subject to change or elimination.

RiverFront’s Price Matters® discipline compares inflation-adjusted current prices relative to their long-term trend to help identify extremes in valuation. Diversification does not ensure a profit or protect against a loss.

IFO Eurozone Economic Climate Index is based on a quarterly survey of numerous countries on business cycle developments and other economic factors in the experts’ home countries.

Standard & Poor’s (S&P) 500 Index measures the performance of 500 large cap stocks, which together represent about 75% of the total US equities market.  It is not possible to invest directly in an index.