You are at:Home»ETF Strategist Channel»What Happened to Stocks When the Fed was Tightening 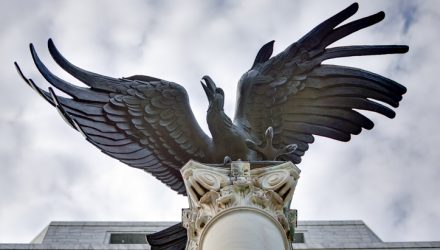 What Happened to Stocks When the Fed was Tightening

The stock market plunged on rising interest rates worries after stronger-than-expected job and wage numbers were reported on February 2nd. The sharp sell-off in the following trading sessions sent the S&P 500 Index down by 8.5% in five days. Investors were concerned that the Federal Reserve may increase interest rates more aggressively as inflation may pick up.

Normally, higher interest rates will result in higher borrowing costs for both consumers and businesses. This means households will have less discretionary income to spend and companies are unwilling to borrow to expand. Higher interest rates also mean equity investments are less attractive because investors can get higher returns elsewhere. Holding everything else constant, higher interest rates are unfavorable for stocks. However, historically, during the Fed tightening cycles, the stock market did not perform poorly.

Table 1 shows the S&P 500 Index performance during the last eight Fed tightening cycles since 1970. The stock market generated positive returns in every cycle. On average, it returned about 6% annually. The levels of rate hikes varied from 1.8% to 12.9%, but the stock market performance does not seem to have a strong correlation with the magnitudes of the rate increases.

Another interesting observation is that the price/earnings ratios contracted in seven of the eight tightening cycles.  That means companies had experienced solid earnings growth during those periods.  It was evident that the negative effect of rising interest rates was offset by the positive effect of earnings growth. As a result, the stock market rose in every tightening cycle.