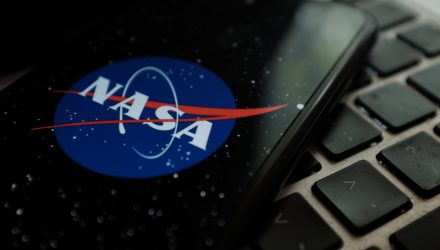 Lockheed Martin and General Motors announced Wednesday that they will be partnering to create a new type of lunar vehicle for NASA to use during its upcoming Artemis missions to the moon.

“Surface mobility is critical to enable and sustain long-term exploration of the lunar surface. These next-generation rovers will dramatically extend the range of astronauts,” Lockheed Martin executive vice president Rick Ambrose said in a statement.

Earlier this year NASA released a memo to companies that it “requires a human-class rover that will extend the exploration range of” astronauts during missions for the agency’s Artemis program. The NASA program, which was revealed by former President Trump’s administration and has continued under President Joe Biden, involves a plethora of missions to the moon’s orbit and surface in the future.

Lockheed Martin claims that its next-generation lunar terrain vehicle is “being designed to traverse significantly farther distances to support the first excursions of the moon’s south pole, where it is cold and dark with more rugged terrain.”

This is also exciting news for would-be space investors using ETFs, as it could certainly catalyze future gains in the Procure Space ETF (NYSEArca: UFO).

Approximately 80 percent of companies in the index derive the majority of revenues directly from their involvement in the space industry, enabling investors to potentially capture this growing segment of the global economy.

In addition to offering a variety of space-related sectors, UFO also offers a diverse country breakdown. While the United States contains the largest share of involvement in space-related industries, other countries like France, the United Kingdom, Australia, Japan, Canada, and Italy round out the breakdown.

“The space industry is one that is still fairly new as far as corporations and the commercial viability of companies in space go,” Andrew Chanin, co-founder and CEO of ProcureAM, stated previously on CNBC. “Although there might be private companies that are working on new technologies, it’s really difficult to get access unless you’re an extremely affluent investor,” Chanin added.

Yet, there have been other entrants to that the ETF space race more recently as earlier this year, UFO received competition from ETF giant ARK Investment Management, which launched its own space exploration ETF.

See also: The ARKX ETF: Investing in the Final Frontier

The competition between ETFs may actually be mutually beneficial.

“The space industry is critical, both from a national security standpoint and for our own human competence,” Chanin said. “but it historically has not received the investment dollars for what it needs to take the next leap. There are so many early stage technologies and companies out there and what we’re doing and what ARK’s doing is fantastic and essential. Hopefully that will encourage the next wave of entrepreneurs and bright minds to come to the field.”