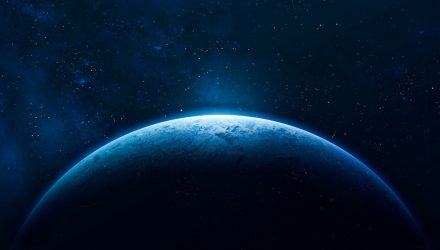 The ARKX ETF: Investing in the Final Frontier

Since Neil Armstrong and Edwin “Buzz” Aldrin landed on the moon on July 20, 1969, space exploration has been strong part of America’s cultural history.

In more recent times, it’s joined the investing lexicon. Space is a compelling but still nascent segment, one rife with potential and potential pitfalls. That’s where the actively managed ARK Space Exploration ETF (ARKX) comes in.

By some estimates, space will be a $1 trillion global industry by 2040.

“The investment implications for a more accessible, less expensive reach into outer space could be significant, with potential opportunities in fields such as satellite broadband, high-speed product delivery and perhaps even human space travel,” according to Morgan Stanley research.

As Morgan Stanley notes, space investing is a diverse concept. To date, many retail investors think of space through the exploration and tourism lenses, but governments primarily dominate the former while the latter isn’t yet profitable.

ARKX, which debuted in late March, delivers the diversity investors should be looking for in the final frontier. The rookie ETF offers access to multiple industries with space exposure, including aerospace beneficiaries, orbital and suborbital purveyors, and providers of enabling technologies. Research confirms a diverse approach that spans beyond space tourism could pay off for long-term investors.

“Morgan Stanley estimates that satellite broadband will represent 50% of the projected growth of the global space economy by 2040—and as much as 70% in the most bullish scenario,” notes the bank. “Launching satellites that offer broadband Internet service will help to drive down the cost of data, just as demand for that data explodes.”

Not surprisingly, ARKX offers elements of disruptive growth – the investing style ARK Investment Management is a leader in. For example, ARKX’s enabling technologies sleeve includes exposure to companies in the artificial intelligence, 3D printing, and robotics industries, among others. Several ARK ETFs already focus on those niches, cementing the notion that the issuer could be primed for space investing success.

“Initiatives by large public and private firms suggest that space is an area where we will see significant development, potentially enhancing U.S. technological leadership and addressing opportunities and vulnerabilities in surveillance, mission deployment, cyber, and artificial intelligence,” concludes Morgan Stanley.