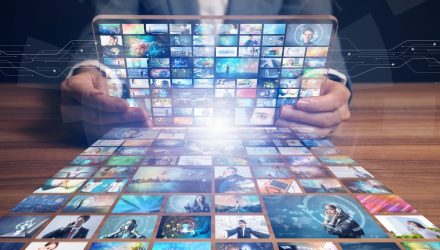 Roku Could Be In For More Downside

Roku Inc. (ROKU) has had a massive 2019 rally, which took the stock up a mind-boggling 450%. But the streaming media company took a hit last  Wednesday after a media giant, Comcast, made a move that undercuts the makers of streaming-media players.

Comcast Corp. CMCSA, announced Wednesday that it would be offering its Xfinity Flexbox for free to those who subscribe to the cable operator’s internet-only plans. With the Flex, customers can watch streaming services on their television sets with a “curated” interface that highlights live and new programming.

Roku shares plummeted nearly 30% last week, its most dismal weekly performance since its 2017 IPO. Then the streaming platform stock was hammered on Friday after Pivotal Research relegated it with a sell rating and $60 price target on it, concerned over heightening competition in the space.

Roku On A Downward Trend

Overall, Roku has gone from nearly $170 a share earlier this month, to under $110 per share today. Now some technical analysts view the stock as having even more downside.

Roku has “violated the uptrend support line off those April lows of this year. You’ve got some support that comes in at $113. But purely based upon the charts, your best support comes in all the way back down at the 200-day moving average. So you can see the stock trade back down to $81, maybe even $75,” Craig Johnson, chief market technician at Piper Jaffray said Friday on CNBC.

Given that Johnson is correct, that would be another 30% move off the current levels. Roku has not traded at that price since May.

“The risk/reward isn’t favorable. Even though the stock is up, it has sold off quite a bit in here recently. I still think you got about 30% downside and maybe a relief rally of 7% upside, so I’d be selling into this move,” added Johnson.

Quint Tatro, founder of Joule Financial, does not see Pivotal’s note on Roku as quite so ominous, however.

“Obviously, the stock got way overheated, trading 25 times sales, but [Pivotal’s] rationale regarding losing market share I don’t agree with. You have to understand, this is a cord-cutting product so their whole rationale is that the cable companies are going to offer their own device for free in order to compete. I’m a Roku user. I own six of them in our home and office. I have not had cable for years so I would not switch to a cable device,” Tatro said on CNBC.