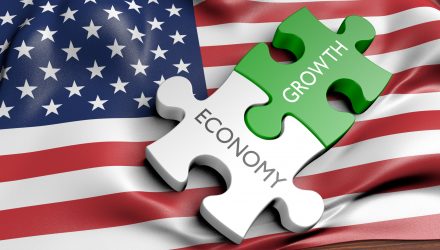 3 Questions for the Second Half

1. What follows the volatile market environment we saw in the first half of 2018?

If the volatility during the first half of 2018 was caused by fears of reflation and higher rates negatively impacting equities, then the theme unfolding for the second half is looking like the opposite – a shock in growth due to trade issues or a slowdown abroad.

In the first half, synchronous global growth gave way to U.S. growth leadership. After coming into the year with high expectations for private sector growth and corporate earnings, the U.S. economy has met or surpassed expectations while economies abroad have struggled to keep pace.

European economic growth has not met the ECB’s expectations, and with inflation anchored in the region, the European Central Bank has responded by delaying any rate hikes until late 2019. Emerging market economies, while much stronger than they were in 2013, have shown vulnerability to tighter financial conditions caused by tighter Fed policy, rising short term rates, and a stronger U.S. Dollar.

These negative shocks have been exacerbated by political issues, such as those in Latin America, or trade issues in China. The big question in the second half will be the market’s reaction to continued shrinking of central bank balance sheets. By our estimation, aggregate QE purchases by the Fed, the European Central Bank, and the Bank of Japan will turn negative going into 2019. Will the volatility suppression dynamic of central bank purchases reverse along with the end of QE? 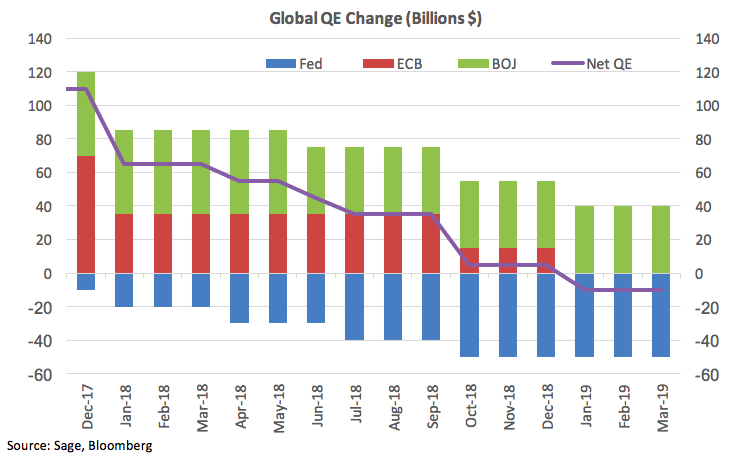 2. Is a trade war going to hinder growth?

As we’ve written in the past, a trade war caused by increasing tariffs raises prices for the private sector and acts as a tax on the economy, thereby lowering growth in the process.  World trade activity has been decreasing since the global financial crisis; while this is not the first episode of restrictive trade policies in recent years, what makes the current episode significant is how it is occurring: between the world’s two largest economies on the most public stage  — news headlines. While the tariffs don’t promote economic growth, they aren’t enough to turn the current economic expansion into a retraction. Our main concern are the indirect effects of tariffs – there could be a second order of effects in the form of negative “animal spirits” in the financial markets or an escalation that moves beyond trade.

3. Is it time to get defensive?

While we are in the late stages of the current economic expansion, we don’t yet think a recession is imminent. Real interest rates remain at historically low levels relative to economic growth, which we believe provides a solid foundation for economic activity to withstand any trade-driven shocks. However, we do think it’s important to remain diversified across stocks and high-quality fixed income. With the end of QE, the period of a low-volatility bull market is over. Higher-quality bonds should serve as shock absorbers in times of stress. Within fixed income, we favor mitigating risk by allocating to shorter-maturity corporate bonds (CSJ, FLOT), as well as agency MBS (MBB), as they provide a better risk-return profile when compared to longer maturity spread sectors.