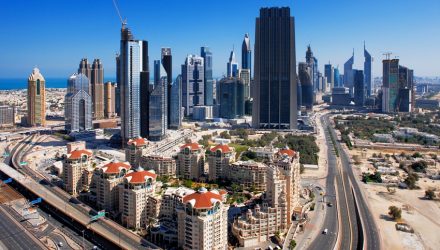 Consumers in developed economies spend considerable time (and money) on their smartphones and mobile applications (apps) are a big reason why.

That phenomenon is also applicable and growing in emerging and frontier markets. Take the case of Careem, which is a unit of Uber. Careem’s relationship with Uber makes a lot of sense because a case can be made that Careem is the Uber of the Arab world. Actually, Careem has similar offerings to Uber as well as some the parent company doesn’t offer in the U.S.

“Careem is a multi-service platform founded in 2012; one of its co-founders was Mudassir Sheikha, an American entrepreneur with Pakistani origin. The company allows users in the Middle East, Africa, and South Asia to book rides, share bikes, order food, and groceries, and make payments. Careem was acquired by Uber in a $3.1 billion deal in early 2020,” notes EMQQ Global Research Director Akeem Bailey.

Based in Dubai, itself a fast-growing, increasingly tech-savvy market, Careem enjoys strong brand recognition throughout the region, including Pakistan – one of the largest countries in the region.

Recently, Careem leveraged that status for good, enabling customers in Pakistan to make donations for those affected by recent flooding in the country.

Doing right in Pakistan has tangible benefits for Careem. Data confirm as much.

“It is a way of making the most of its digital success: in 2021, Pakistan was the country where Careem registered the highest use of peer-to-peer payments and mobile recharge, with almost half a million transactions,” concludes Bailey.

As a unit of Uber, Careem doesn’t reside in emerging markets exchange traded funds. However, some ETFs in this category could be homes to “Careems of tomorrow” or equivalent companies. The Next Frontier Internet & Ecommerce ETF (FMQQ) is one of the top ideas for investors looking for the next big things among non-China emerging markets consumer internet companies.