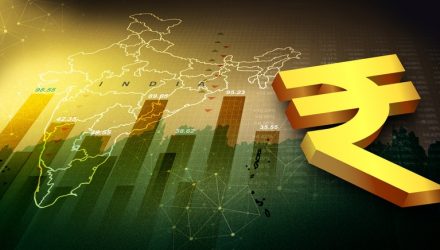 With a growing economy, rising incomes, a large Gen-Z population, and an expanding smartphone market, India is poised for significant digital growth over the next few years.

Emerging markets investment manager EMQQ Global notes that as the third-largest economy in the world, India has averaged 7.5% GDP growth per year and has had average income per capita growth of over 500%. The country also contains the largest Gen-Z population and fastest growing middle class of any major economy.

Over the next decade, India will have nearly 700 million people born between 1980 and the 2000s enter their peak consumption years, fueling a massive wave of domestic demand. This demand will not be realized through the legacy consumption channels but the new age online economy, which reaches all corners of society, from the way one banks to the way one orders food.

The country also already has the second-largest smartphone market globally, with only a 50% penetration rate. The introduction of low-cost smartphones and data plans has led to high demand. India has 7 million new smartphone users going online for the first time every month, which is roughly the entire populations of Los Angeles and Chicago combined.

With India’s majority rural population, the costs and time required to get to the nearest market, school, or doctor can be substantial. Access to the internet and a smartphone provides a cost-effective solution by way of remote doctor visits, online classes, or ways to purchase goods from home.

The India Internet and Ecommerce ETF (NYSE Arca: INQQ) tracks an index of the leading internet and e-commerce companies of India. Launched earlier this month by EMQQ Global, INQQ offers targeted exposure to the companies leading India’s digitization. The fund seeks to provide investment results that, before fees and expenses, generally correspond to the price and yield performance of the India Internet and Ecommerce Index.

In a news release announcing INQQ’s launch, EMQQ Global founder Kevin T. Carter said: “India is an extraordinary investment opportunity and a central part of the eCommerce and digitalization growth story in emerging and frontier markets beyond China,” before adding: “India is the third-largest economy and fastest-growing major economy on the globe, and we’re excited to offer investors the first targeted approach to tap into this rapid eCommerce and digitalization story of India.”