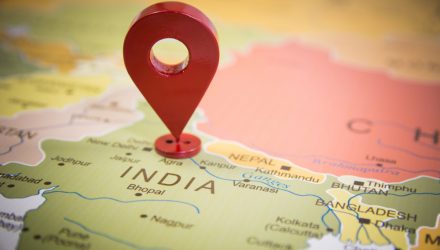 The India e-commerce market has been growing at a rapid clip, thanks to some strong fundamentals within the country and its online retail infrastructure. The country’s e-retail market is estimated to reach $50 billion in 2022, up 25% from about $40 billion in 2021. It’s only going to get bigger.

A report issued by Bain & Co. in conjunction with Flipkart estimates India’s e-retail market to increase from $150 billion to $170 billion by 2027. This implies annual growth of 25% to 30% and a doubling of market penetration of 9% to 10% over the next five years.

According to the report, India’s online shopper base is estimated to increase to somewhere between 400 million and 450 million by 2027. By comparison, only between 180 million and 190 million consumers in India shopped online in 2021.

India has recently overtaken the U.K. as the world’s fifth-biggest economy and is one of the world’s fastest-growing major economies. The growth it is experiencing is being supported by strong fundamentals, including a large (and more affluent) consumer base, growing internet and smartphone penetration (enabled by low data prices), and low shipment costs.

“India is a significant part of our strategies,” Kevin T. Carter, founder, and CIO of EMQQ Global. “That is expected to grow in our upcoming rebalance and for the foreseeable future.”

Carter added that India is also “one of the most exciting pockets in the global equity landscape when you consider the size of the market, the growth in the economy, and the very low penetrations rates. Its tech ecosystem today is where China was ten years ago and where the U.S. was two decades before.”

India is the third-largest exposure in EMQQ Global’s Next Frontier Internet & Ecommerce ETF (FMQQ) (as of June 30) and the entire focus of the India Internet and Ecommerce ETF (NYSE Arca: INQQ).