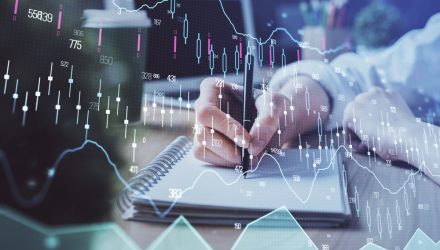 While the largest addition was Chinese internet firm Kanzhun Ltd., most of the new additions came from outside China, with roughly 90% of the new entrants coming from markets such as Brazil, India, Indonesia, and South Korea. Of the 19 new additions, 10 came from companies originating from India. Chief among these companies include PB Fintech, online energy brokerage Energy Exchange, and online Caller ID app Truecaller AB.

“India was again the main highlight from this last rebalance. Over half the new additions originated there,” said Kevin T. Carter, founder and CIO of EMQQ Global. “We believe this trend will continue as time evolves.”

Carter added that the internet opportunity in India “mirrors China 10 years ago and the U.S. over two decades ago.”

Founded in 2014, Kanzhun is the leading online recruitment platform in China. It connects job seekers and enterprises through a mobile app. U.S.-based investors may be more comfortable thinking of it as the Indeed.com of China. The company maintains over 100 million users.

Despite most additions coming from India or elsewhere outside of China, Carter noted that “China nonetheless remains a significant part of the Index, with a weighting north of 60%.”

“While companies in the Chinese tech space have undergone a major regulatory adjustment over the last year, most of the heavy lifting on reforms appears to be behind us,” Carter said. “Meanwhile, regulatory pressures appear to be easing. As we’ve always said, tech regulation is not and will not be unique to China.”

The second-largest addition to the index was Bank Jago Tbk, a digital bank based in Indonesia. Like Nubank in Brazil (the world’s largest digital bank and another EMQQ Index member), Bank Jago offers savings accounts, loans, and money transfers via digital/ mobile channels. In 2020, Indonesian tech firm the GoTo Group (another EMQQ Global company) became a major shareholder in the company

To be included in the index, more than half of a company’s profits must come from e-commerce or internet activities, but it is not necessary for them to be locally listed.

By focusing on the internet and e-commerce in emerging markets, EMQQ looks to capture the growth and innovation happening in some of the largest and fastest-growing populations in the world.