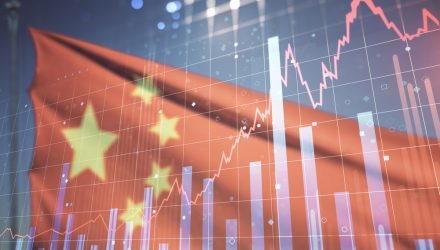 For example, the Emerging Markets Internet & eCommerce ETF (EMQQ) was up 2% on the news.

Beijing regulators will allow China-listed companies to disclose their audit working papers and other data from mainland China for review in Hong Kong, the Wall Street Journal reported. Regulators from the U.S. Public Company Accounting Oversight Board will travel to inspect the Chinese companies’ auditors and records in Hong Kong as soon as next month.

“We have teams ready, bags packed and ready to go — if we have an agreement that’s reached, so that we can actually test out that agreement and make sure that what we have in the agreement on paper is actually working in practice,” Erica Williams, chair of the PCAOB, told the Wall Street Journal.

Chinese markets have suffered wild oscillations in response to the uncertainty over the potential de-listing of over 200 U.S.-listed Chinese companies if U.S. auditors were not granted access to the Chinese companies’ books for three consecutive years. For years, Beijing was loath to provide detailed reports of its companies under the scope of national security, especially for state-owned enterprises. U.S. regulators have stated that they require full access to unredacted audit papers if the Chinese companies were to fall within compliance with U.S. guidelines.

“This is a fascinating development,” Edward Moya, senior market analyst at Oanda Corp, told Bloomberg. “An official confirmation is needed but expectations were growing that this would get done as both countries are dealing with economic fragility.”

“This is a key step to helping alleviate overhang in the space,” said Akeem Bailey, director of research for EMQQ Global, in an email.