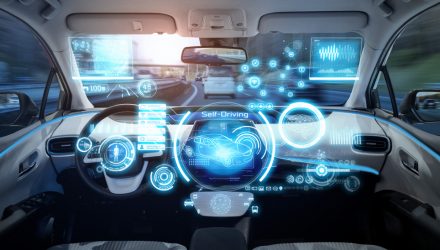 China may be one step closer to offering driverless cab rides at half the price, thanks to Baidu. In July, the Chinese tech giant unveiled the sixth generation of its self-driving electric car built for ride-hailing rides, and at a cost nearly 50% below that of a model announced last year.

The new EV, the Apollo RT6, costs 250,000 yuan ($37,313) to produce, according to Baidu. That’s 48% less than the manufacturing cost announced last year for the Apollo Moon. Baidu co-founder and CEO Robin Li said in a statement that the “massive cost reduction” will allow the company “to deploy tens of thousands of” autonomous driving vehicles “across China.”

“We are moving towards a future where taking a robo-taxi will be half the cost of taking a taxi today,” added Li.

In November, Baidu’s self-driving robo-taxi business Apollo Go received approval from Beijing to begin charging fares for rides within a suburban district (though a staff member must still be in the car). In April, municipal authorities loosened restrictions on whether the staff member had to sit in the driver’s seat, which paves the way for the company to fully eliminate the cost of a driver.

The Apollo RT6 is set to start operating on China’s roads in the second half of next year under Apollo Go.

Baidu is one of the holdings in the Emerging Markets Internet & Ecommerce ETF (NYSE Arca: EMQQ). By focusing on the internet and e-commerce in emerging markets, EMQQ looks to capture the growth and innovation happening in some of the largest and fastest-growing populations in the world. More than 60% of EMQQ’s assets are weighted toward China.

“Sentiment around China has been negative for so long that severe pessimism has set in. But the reality is that we are starting to see real green shoots and catalysts emerge,” said Kevin T. Carter, founder and CIO of EMQQ Global.