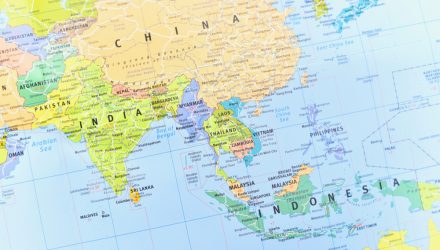 With the Federal Reserve aggressively raising interest rates as a means of battling record-high inflation, investors are giving emerging markets in Asia a closer look. After the Fed’s latest rate hike of 75 basis points on Wednesday, the South Korean won and the Malaysian ringgit rallied on Thursday. Meanwhile, stock and bond markets in Seoul, Kuala Lumpur, Jakarta, and Manila responded favorably to the Fed’s announcement.

Masafumi Yamamoto, chief currency strategist at Mizuho Securities in Tokyo, told Reuters that “the rising U.S. equity market and the less-hawkish communication by Powell… is supporting Asian currencies and other emerging market currencies, and the recovery of EM should continue.”

The rally in Asian currencies suggests that investors are optimistic that the Fed can curb inflation without triggering a repeat of what happened in 2013. When the last Fed tightening cycle occurred nine years ago, Indonesia’s currency fell 21% and stocks remained flat while global equity markets rallied. This time, however, Indonesian stocks are on track to have their best month since April.

“What we’ve been pleasantly surprised with so far is that this time round the Asian markets have actually held up relatively well given the pressure that they’ve been under,” said Thu Ha Chow, head of fixed income for Asia at Dutch asset manager Robeco.

South Korea’s won has been hammered by outflows as investors feared that the country’s growth-exposed heavy industry and high-tech manufacturing sectors will suffer as conditions tighten. But after falling nearly 9% year-to-date, the won has gone up roughly 2% from mid-July’s 13-year nadir and was slated on Thursday to have its best onshore session in almost a month.