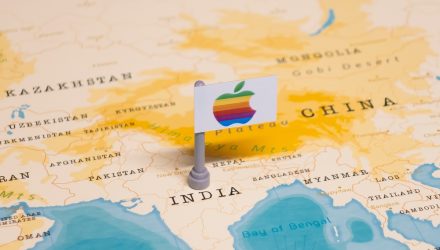 Apple’s announcement that it will make its iPhone 14 in India is a clear sign that the tech giant is looking to move production away from China. Although Apple has been assembling phones in India since 2017, they are usually older models. This is the first time the company is producing its latest model in India.

“The new iPhone 14 lineup introduces groundbreaking new technologies and important safety capabilities. We’re excited to be manufacturing iPhone 14 in India,” the company said in a statement.

JPMorgan analysts said in a note to clients that Apple will move 5% of its global production for the iPhone 14 to India later this year and could also make 25% of all iPhones in the country by 2025.

The announcement from Apple comes at a time when Indian Prime Minister Narendra Modi is pushing for local manufacturing, a key focus of his government since taking office in 2014.

“Apple has a strong momentum in India. India is among the 20+ countries in the world where the premiumization trend has just started,” Tarun Pathak, research director at Counterpoint Research, told CNBC.

This move from Apple could provide a massive boost to India’s already huge smartphone market, which is currently the world’s second-largest after China. According to a study by Deloitte, the country is poised to have one billion smartphone users by 2026.

“Higher internet adoption is expected to fuel demand for smartphones; this increased demand will be propelled by the need to adopt fintech, e-health, and e-learning,” the report stated.

Investors interested in the world’s fifth-biggest economy may consider EMQQ Global’s India Internet and Ecommerce ETF (NYSE Arca: INQQ). Launched to capitalize on India’s rapidly growing digital and e-commerce sectors, INQQ seeks to provide investment results that, before fees and expenses, generally correspond to the price and yield performance of the India Internet and Ecommerce Index.

“India is an extraordinary investment opportunity and a central part of the eCommerce and digitalization growth story in emerging and frontier markets beyond China,” said EMQQ Global founder and CIO Kevin T. Carter. “India is the third-largest economy and fastest-growing major economy on the globe, and we’re excited to offer investors the first targeted approach to tap into this rapid eCommerce and digitalization story of India.”