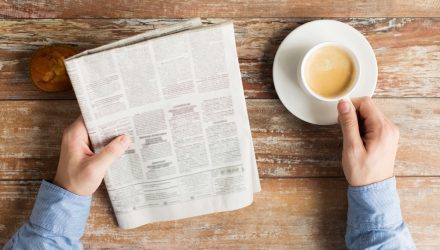 2022 was a rocky year for global markets and foreign investors, particularly investors seeking exposure to China. Geopolitical risk, President Xi’s formalization of a third term and coalescing of power, COVID-19 lockdown impacts, U.S. delisting risk, continuing real estate default and government support, and unprecedented protests in Mainland China created a wealth of uncertainty for foreign investors. However, it was delisting risk that caught and held the attention of advisors throughout the year when it came to China investing.

The ongoing, developing narrative over the course of the year of Chinese companies being delisted from U.S. markets beginning in 2024 captured advisors’ attention throughout 2022. Beginning with the SEC’s announcement in March that five U.S.-listed Chinese stocks had failed to comply with the Holding Foreign Companies Accountable Act (HFCAA) and would be delisted in 2024 unless they met the requirements, the story has continued to unfold throughout the year.

“China Proposes Changes That Could Prevent U.S. Delisting” was the top-read China investing story of 2022 as advisors sought to better understand the risks of delistings. The HFCAA requires that all foreign companies submit to U.S. audits, and as Chinese companies that were allowed to initially list on U.S. exchanges knowing they couldn’t meet the requirements filed their annual reports with the SEC, more and more were added to the list as non-compliant.

China’s version of the SEC, the CSRC, announced in April that it was trying to rework regulations on its side that would allow for companies to be audited, and indeed it did, and through work with the SEC, those audits were able to be carried out late in the year.

“Chinese Delistings Will Be Determined by End of 2022” was the second most-read article regarding China investing and picked up on the announcement by the Public Company Accounting Oversight Board that it would have a finalized decision in December if the audits it conducted in September met full cooperation.

The PCAOB is the entity that conducts the audits of foreign companies, and auditors from the PCAOB were in China at the end of September after much negotiating between the CSRC and SEC, following several key voluntary delistings of Chinese companies that were likely unable to comply with the audits. The core requirement of the audits that everything hinges on is whether they were completed in full, and that Chinese companies complied and allowed complete access for inspection for the first time in history.

“An Advisor’s Guide to KWEB’s Conversion to Hong Kong Shares” was the third most-read story and followed closely on the heels of the SEC’s announcement in March of the five Chinese companies failing to comply with the HFCAA. It is not surprising that advisors were concerned about what effects, if any, the delistings would have on the KraneShares CSI China Internet ETF (KWEB) and what perceived intrinsic delisting risk the fund might have.

KWEB has established itself in the last year as a core proxy for China exposure for many advisors and investors, as it captures China’s highest growth sector: its internet companies. The article highlighted the percentage of the fund that was invested in the now-riskier ADRs, what percent was directly into Hong Kong shares, and the fund’s strategy regarding conversion. (As of December 14, 2022, it is 67.4% Hong Kong shares and 30.5% U.S. ADRs, with 2.1% expected to convert to Hong Kong shares when the Chinese companies relist in Hong Kong.)