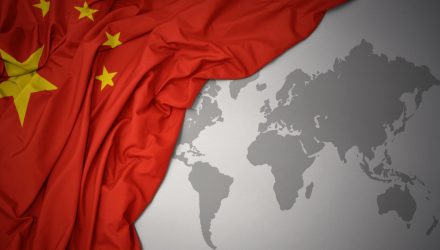 In yet another blow for U.S.-listed Chinese stocks, the SEC has announced five companies out of China that have failed to comply with the Holding Foreign Companies Accountable Act (HFCAA), which means that the ADRs are set to be de-listed from U.S. markets in 2024.

“KraneShares is transitioning out of our US China ADRs into their HK share classes by converting from the US shares to the HK shares,” Ahern said in a communication to ETF Trends. “We recommend you do the same. Yes a solution might avail itself but as stewards of our investors’ capital we aren’t going to take that chance.”

The HFCAA came into being in December 2020 and requires foreign companies listing on U.S. exchanges to disclose audits to the Public Company Accounting Oversight Board of any non-U.S. operations and was created to target China specifically. Chinese regulations prohibit companies that list on foreign exchanges from allowing auditors to share this information.

Chinese companies were allowed to list on U.S. exchanges despite knowing they couldn’t adhere to the current regulations; the hope was that the U.S. and China could come to a better regulatory agreement that would allow them to continue listing in the long term. That hope has failed to come to fruition.

On the China Last Night blog from KraneShares, the firm discusses the uncertainty around why these five particular companies, which include Yum China (YUMC) as well as Beigene (BGNE), a biotech company, were chosen now.

KraneShares is unsure why these companies were singled out, “though a slow release of names would be unfortunate versus just pulling the band-aid,” the company blogs.

As Chinese companies continue to relist in Hong Kong in anticipation of being delisted in the U.S., investors should look to converting their ADRs into Hong Kong shares when possible. A lot of brokers have the means of converting ADRs, but not all, Brandon Ahern, CIO of KraneShares, had explained previously in an interview with ETF Trends. It’s one of the benefits of investing in a fund with the ability to convert its holdings, such as the funds offered by KraneShares.

See also: What Didi’s Delisting Means for Markets and Your Portfolio

KWEB as an Example of Conversion

“We anticipate all US listed China ADRs to be relisted in Hong Kong by yearend,” Ahern wrote to ETF Trends.

KraneShares has been working to convert its ADRs into Hong Kong shares, as seen in its popular fund, the KraneShares CSI China Internet ETF (KWEB). The fund offers exposure to some of the biggest companies within China’s internet sector and tracks the CSI Overseas China Internet Index, which measures the performance of publicly traded companies outside of mainland China that operate within China’s internet and internet-related sectors. 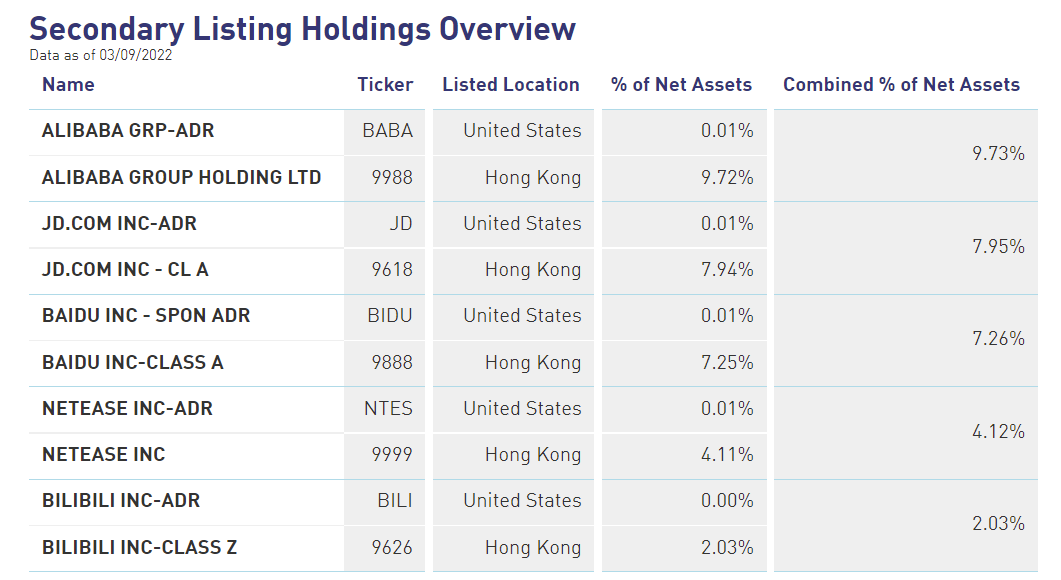 The ETF has an annual expense ratio of 0.70% and currently has nearly $5.6 billion in AUM.