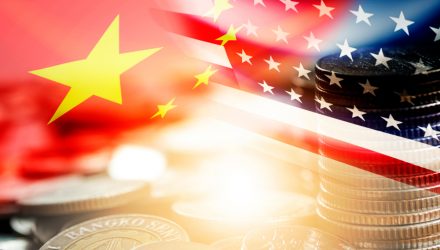 Over the weekend, the China Securities Regulatory Commission openly called for public comments on rule changes that would allow for foreign auditors of Chinese companies, an issue that has been the main reason for the delisting of Chinese companies on U.S. exchanges, wrote Brendan Ahern, CIO of KraneShares, for the China Last Night blog.

On Saturday night, the CSRC, China’s regulatory version of the SEC, put forth a “Notice on Public Solicitation of Comments on the ‘Provisions on Strengthening the Confidentiality and Arches Management Work Related to the Overseas Issuance and Listing of Securities by Domestic Enterprises’” along with a Q&A held by the CSRC. The CSRC explained that the proposition is to remove the language that requires that on-site inspections only be completed by Chinese regulatory agencies, therefore allowing these companies to be inspected by the U.S. Public Company Accounting Oversight Board (PCAOB).

Allowing for inspection by the PCAOB would mean that Chinese companies would be able to comply with the Holding Foreign Companies Accountable Act (HFCAA). If the rule changes pass on China’s side, the U.S. will still want proof that these audits could actually occur. These changes are no guarantee that Chinese companies will avoid delisting, but it does dramatically increase the chances.

“The release does decrease the probability of delisting, though it does not take that probability to zero. Hopefully, the two sides can put this issue to bed, which would eliminate a risk for US and global investors,” Ahern wrote.

The notice was released on a Saturday, despite China being on a national four-day holiday, and was also issued by the Ministry of Finance as well as the State Secrecy Administration, which could reflect the importance of the proposed rule changes for China.

Investing in China Through A-Shares

For investors that are looking for exposure to China but wish to gain it without the threat of delisting on the U.S. side, investing in China’s A-shares market could be one option to consider. The A-shares markets has historically only been available to Chinese residents and consists of mainland Chinese companies that trade on the two local Chinese exchanges, the Shenzhen Stock Exchange and the Shanghai Stock Exchange.

Holdings in KBA include Contemporary Amperex Technology, a Chinese battery manufacturer, at 8.75%;  Kweichow Moutai, a major alcohol producer in China, at 7.66%; and Longi Green Energy Technology Co., a solar energy technology company, at 5.41%.