You are at:Home»Featured»Bitcoin Price Falls Amid El Salvadoran Adoption Of Cryptocurrency 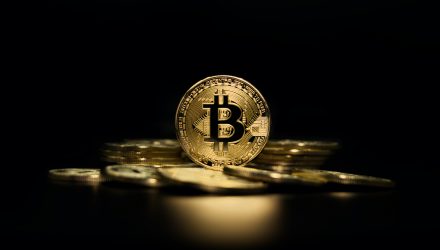 The price of bitcoin tumbled Tuesday, along with other declining commodities and stocks, after cresting $52,000 late Monday, to score its highest level since May.

The 16% drop in the notoriously volatile cryptocurrency arrives when El Salvador officially becomes the first country in the world to accept Bitcoin as legal currency. The Central American country’s Bitcoin law went into effect on September 7th, following the long holiday weekend for the United States, and permits Salvadoran citizens to buy and sell using the cryptocurrency in physical and online shops. Consumers can opt for a government-run, Chivo wallet app on their phones to make purchases and control their funds.

In the wake of the news, Bitcoin plummeted as much as 16% Tuesday morning. According to Coin Metrics, it pared some of those losses and was off by about 8% and trading at $47,111.25, as of just before 1PM EST.

The move has created controversy, as Cointelegraph noted that some Salvadorans contend with the adoption of Bitcoin, claiming that politicians didn’t consider the public in their decision. The cryptocurrency’s notorious volatility is also a major concern as it could pose potential risks for other more stable currencies such as the US dollar and Euro.

Stocks affiliated with cryptocurrency and affected by the market, such as Microstrategy and Coinbase, also lost on Tuesday, falling about 6% and 3.5%, respectively. Coinbase users, who had their own share of issues this year, are experiencing delayed or canceled transactions at “elevated rates,” the crypto exchange said in an update on Twitter in the late morning. Kraken, another key crypto exchange, also announced problems around the same time and is exploring the cause of clogging for users implementing instant funding methods and failed card payments.

In anticipation of the decision to implement Bitcoin as a currency, El Salvador disabled Chivo to broaden the capacity of the servers.

“Any data they try to enter at this time will give them an error,” El Salvador President Nayib Bukele said. “This is a relatively straightforward problem, but it cannot be fixed with the system connected.”

Despite Bitcoin’s negative reaction to the news, some analysts say the market action is unsurprising. Leah Wald, CEO at Valkryie Investments, explained that the news was largely priced into the market “a while ago.”

“When this move was first announced, it didn’t have nearly as big of an impact on price as some may have expected it might, possibly because El Salvador’s population is less than New York City’s, but also because the announcement was light on details and people were on the fence about how this was going to be implemented,” she told CNBC, noting that much of El Salvador lives in poverty and doesn’t have internet or smartphone access required to participate in the bitcoin network. “Transaction fees, processing times, and other hurdles also make this feel more like a beta test rather than a solution to many of the problems plaguing the country’s poor,” Wald continued.

With the new cryptocurrency adoption, enterprises will have to accept bitcoin for goods and services. However, merchants who aren’t technologically prepared to accept bitcoin will be exempt. The El Salvadoran government also has implemented 200 bitcoin ATMs around the country and purchased 400 bitcoins worth about $20 million, setting up Chivo wallets with $30 worth of bitcoin for Salvadorans who register.

While Bitcoin proponents are naturally elated, it will be interesting to see how other countries respond to El Salvador’s adoption of the crypto, say experts.

“What is most worth looking out for is whether or not neighboring countries in Latin America, or those elsewhere around the world, begin to adopt bitcoin as their national currency as well,” Wald said. “Should this occur, that is when we could see a parabolic move higher, as the momentum gained from many millions more people having instant access to crypto should result in more adoption, more HODLing, and higher prices.”

On Monday, Panamanian politician Gabriel Silva introduced the “Crypto Law,” which “seeks to make Panama a country compatible with the blockchain, crypto assets, and the internet,” he said on Twitter. “This has the potential to create thousands of jobs, attract investment and make the government transparent,” he added.

While there has yet to be an official crypto ETF, ProFunds launched the Bitcoin Strategy ProFund (BTCFX) at the end of July, the first of its kind publicly available mutual funds or ETFs in the U.S. to give investment results that correspond to bitcoin’s performance. The fund allows the incorporation of bitcoin exposure into a portfolio and eliminates the need for exchanges and crypto wallets by investing in bitcoin futures.

BTCFX should be the guidepost for the rash of bitcoin futures ETFs currently being filed with the SEC, as SEC Chair Gensler has indicated that a 1940 Act ETF investing in bitcoin futures would be looked upon favorably by the committee.

In addition, United Wholesale Mortgage, the second-largest mortgage lender in the U.S., has announced plans to allow customers to make payments in bitcoin.

UWM CEO Mat Ishbia told MoneyWise that the company believes accepting cryptocurrency for monthly payments will increase convenience for some of its nearly 1 million customers.

UWM has not provided details on how customers will make their payments in crypto, but the lender remains hopeful that they will launch the service by the end of September.

While the cryptocurrency ETF race is still in transition, exposure to the sector doesn’t just have to come from owning tokens. The infrastructure around the sector has explosive growth potential, which makes VanEck Vectors Digital Transformation ETF (DAPP) a great option for investors interested in gaining exposure to technology equities and the cryptocurrency market. DAPP utilizes the MVIS Global Digital Assets Equity Index and tracks the performance of companies participating in the digital assets economies.