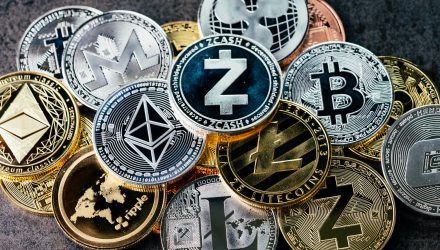 The Struggle to Pass a Crypto ETF Continues Amid Coinbase Issues

Regulators have been reluctant to approve a cryptocurrency ETF, citing a myriad of issues such as volatility and security inconsistencies, but such fears have been underscored by recent news concerning Coinbase.

Four months ago, Tanja Vidovic received a series of alerts related to suspicious activity in the access layer of her cryptocurrency account. To Vidovic’s horror, she quickly discovered that she had lost nearly all of her $168,000 in holdings.

Like many investors and speculators eager to take advantage of the cryptocurrency trend, husband and wife Tanja and Jared Vidovic started cryptocurrency investing in 2017 and were fortunate to see their funds nearly quadruple over four years.

The Vidovics opted to use Coinbase, the country’s largest cryptocurrency exchange, for their foray into the virtual currency. Exchanges like Coinbase permit users to deposit U.S. dollars in exchange for cryptocurrencies like Bitcoin and Ethereum, the couple’s investing vehicles of choice.

“I looked into Coinbase, and it seemed like it was one that everybody used and trusted,” Tanja said.

For the Vidovics, the crypto investment was part of a possible retirement plan, offering freedom for the couple and their three children. That was until late April, when Tanja, a firefighter, discovered the security attack on her computer.

The panicked couple said that they attempted to reach Coinbase, but nobody answered their calls.

Unfortunately, this appears to be a pattern, as a number of interviews with Coinbase customers around the nation, along with a comprehensive review of customer complaints, reveals a pattern of account takeovers. In these takeovers, users are ambushed by security issues and financial losses, which are then followed by poor customer service from Coinbase that leaves customers infuriated and desperate.

Cryptocurrency transactions cannot be reversed, according to the FBI, and stealthy criminals can siphon funds from customer accounts within minutes.

Since going public earlier this year, Coinbase has a market cap of about $65 billion, over 68 million users in 100-plus countries, more than 2,100 full-time employees, and $223 billion in held assets, according to the company.

The initial belief was that going public might assuage some of the existing security concerns surrounding the cryptocurrency world.

“Hopefully, Coinbase going public and having its direct listing is going to be viewed as kind of a landmark moment for the crypto space,” CEO Brian Armstrong said in April, when the company went public. “People no longer need to be scared of it like in the early days.”

Instead, while the cryptocurrency exchange company has grown rapidly, complaints have continued to climb. Since 2016, Coinbase users have filed more than 11,000 complaints against Coinbase with the Federal Trade Commission and Consumer Financial Protection Bureau, largely due to customer service problems.

Although the Vidovics’ account had once climbed to $168,596 on April 28 when the hacking occurred, according to account statements the Vidovics shared with CNBC, they were left with only a $587.15 balance visible the following day.

Despite sending a panicked email to Coinbase looking for help from the hacking, Ben explained that the company said they were unable to help him.

“I really am baffled,” he said. “It just seems to me that Coinbase did absolutely zero research and just said, ‘Hey, yeah, sorry.’”

The CFPB offered further corroboration, explaining to Ben in an email that transactions on the blockchain are irrevocable and that Coinbase’s insurance policy does not cover theft from individual accounts.

“There is no credible or supportable evidence that the compromise of your login credentials was the fault of Coinbase,” the message said. “As a result, Coinbase is unable to reimburse you for your alleged losses.”

Eventually, the company sent a $200 credit, telling Ben, “your Coinbase experience and your wait for a response to your formal complaint was not up to our standards.”

So how do crypto accounts get hacked with such ease?

Experts say SIM swapping is the issue, a technique hackers use to take control control of a victim’s phone number and SIM card through their phone company.

“The problem with SIM swapping and cryptocurrency is the moment you lose access to your cell phone, professional hackers will steal all of your money in less than 30 minutes,” said David Silver, an attorney who focuses on cryptocurrency.

“Most people who contact me would tell you it’s poor customer service,” Silver said. “They’re being almost victimized twice. Because they themselves have almost no ability to contact Coinbase and deal with them directly, they’re forced to retain professionals.”

Etay Maor, senior director of security strategy for cybersecurity company Cato Networks, has witnessed cybercriminals on the dark web plotting how to access customer accounts, like those of Coinbase users.

“These exchanges have to invest heavily, invest in security if they want to take it seriously, just like the banks have done and have learned the hard way,” Maor said.

With as many as 1,128 complaints over the past three years, according to its website, the Better Business Bureau in March determined that Coinbase has a “pattern of complaints from customers who state they are locked out of their accounts, even after providing required information or updates.”

BBB said that it sent a letter to Coinbase in order to address the customers’ complaints and receive feedback from any implemented improvements.

The group has “not heard a response from this business, about the situation, pattern of complaints for the last three years,” said Alma Galvan, a marketing and communications manager with the BBB.

Marci Preble, a California-based marketer, said Coinbase did credit her account the approximate amount of her original investment, roughly $8000, which had grown to almost $12,000 by the time she was hacked in April. However, she said that this happened only after months of wrangling with the company.

“My question is how can a publicly traded company on the New York Stock Exchange be doing this to customers? How can they not have a customer service dedicated line worldwide?” Preble said.

This week, Coinbase apologized for falsely advertising USD Coin once again and pledged that it will become fully backed by cash and bills issued by the U.S. Treasury.

According to a Twitter thread penned by Coinbase’s Chief Operating Officer Emilie Choi, “starting September 2021, USDC reserves will be held in cash and short-duration US government treasuries.”

“This is the approach we want for USDC reserves,” she added.

According to recent reports, Coinbase was the subject of further controversy after the exchange walked back on its previous claims about the backing of the coin, admitting that it is not fully backed by United States dollars and later editing its website’s description.

Still, Coinbase advertised to its users who purchased USDC that the token is “backed by a dollar in a bank account.”

She admits that the firm’s “language could have been clearer here.”

While cryptocurrency controversies like those with Coinbase have continued to climb this year, that has not prevented companies from entering the race to launch a Bitcoin futures exchange-traded fund (ETF) for U.S. investors.

On Tuesday, a surprise regulatory filing by Nasdaq to “list and trade shares” of the Valkyrie XBTO Bitcoin Futures Fund revealed the existence of the previously undisclosed ETF proposal, Valkyrie’s second one attempting to wrap Bitcoin futures into an ETF.

However, this was actually Valkyrie’s first product, which the firm said it confidentially filed for months ago.

There has been heavy regulatory investigation for crypto ETF candidates, and it is unclear whether Valkyrie’s product can pass regulatory scrutiny.

Some industry experts believe that the Securities and Exchange Commission (SEC) may be more accepting of a Bitcoin futures ETF proposal than of the ETF applications that would trade the asset itself.

“I think we’re really the only ones out there that has a pure-play futures product,” said Valkyrie CIO Steve McClurg. He said the firm is partnered with XBTO for futures trading.

While the cryptocurrency ETF race is still in transition, exposure to the sector doesn’t just have to come from owning tokens. The infrastructure around the sector has explosive growth potential, which makes VanEck Vectors Digital Transformation ETF (DAPP) a great option for investors interested in gaining exposure to technology equities and the cryptocurrency market. DAPP utilizes the MVIS Global Digital Assets Equity Index and tracks the performance of companies that are participating in the digital assets economies.

Some of DAPP’s holdings include Square, Inc. (SQ), Coinbase Global (COIN), and Marathon Digital Holdings Inc. These are innovative companies that are building digital infrastructure, lending opportunities to investors no matter which cryptocurrencies are currently hot.