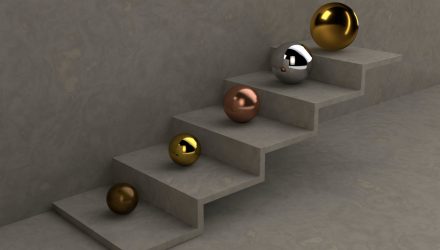 Will Platinum Be The Next Metal To Rally?

Gold has been rallying for the past week and was able to hold above $2,000 an ounce on Tuesday amid moves higher in stocks as well. The SPDR Gold Trust (GLD), which roughly tracks the lustrous commodity, ended the day up nearly 1% as well.

After last week’s steep drop in the gold market, the market bounce is allowing some investors to get comfortable with current prices, according to one market analyst.

In an interview with Kitco News, Ole Hansen, head of commodity strategy at Saxo Bank, said that he the intense drop last week in gold was no surprise, especially after the dramatic rally this year. Yet, he noted that the bounce back was more brisk than anticipated.

Hansen explained that the gold also breached a key retracement level, which could predict a return to all-time highs in the near-term.

Despite a rally in stocks, which is often bearish for gold, which is seen as a safe haven for many investors, there are real reasons for gold prices to sustain above $2,000 such as declining bond yields, a weaker U.S. dollar, overvalued equity markets and ongoing geopolitical uncertainty. That said, Hansen wishes to see more consolidation to demonstrate that investors are establishing comfort with the current levels in gold.

“My biggest worry right now is actually that there’s nothing to worry about. And that obviously makes me worried,” he said. “I would have liked to see this market just consolidate, just to allow the investors to get used to these new, higher levels.”

With gold prices hovering over $2000 an ounce, Hansen noted that in a recent survey from a major investment bank, 31% of fund managers thought the metal was overbought as well.

“That’s the highest number, I think, going back at least almost 10 years,” he said. “So fund managers are starting to get a little bit worried about these elevated levels.”

While some investors are moving into silver, which has had a tremendous run of its own lately, and has driven the iShares Silver Trust (SLV) up considerably, Hansen said platinum could provide a potentially good value to investors as well.

“Platinum’s discount to gold is back above a thousand dollars. It peaked recently close to $1,100,” he said. “If we do see this rally stretch higher than the relative value of players will try to look elsewhere. And right now the, the, the investments of speculative investment in platinum is, is quite low. This discount, could potentially attract some additional buyers.”