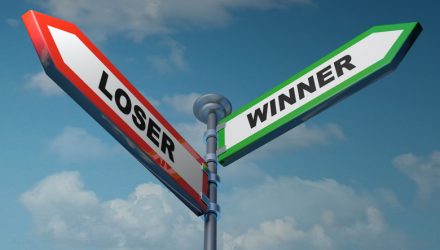 Why the Rebalance Really Matters Now

I am not a fan of ad-hoc. I’ve never been someone to just throw my itinerary out the window just because of a hiccup in the schedule.  Plans exist to give us guidance when emotion would otherwise take over. And no, I’m not talking about reopening the country, I’m talking about how you manage a portfolio.

S&P Dow Jones announced a month ago that it was basically doing the opposite.  They announced that due to market volatility, all of the regular quarterly work that gets done inside its many equity indexes would be postponed.  We now know that depending on the index, all this stuff will get done either on April 27th or June 22nd.  Honestly, this strikes me as nothing short of madness.  The entire point of indexing is to remove the element of human judgment and emotion from your investing behavior.  If a stock drops below your lower bound, it gets the boot, and something else gets a shot. That’s how it’s supposed to work.

I get the position that the index providers are in. If they’d gone ahead, they risked adding a lot of churn to their indexes, potentially exacerbating volatility in the specifically affected stocks. But that’s not really their thing to worry about.  What they’re supposed to do is deliver a pattern of returns based on a set of rules.

And this is the same position that Advisors were in coming into the end of the quarter. Sitting on enormous equity losses in just a few weeks, advisors who had a plan to do quarterly rebalances had a choice: stick to the plan, and sell the best performing asset in their clients’ portfolios (bonds, most likely) to buy the most uncertain, unpredictable and downtrodden asset class (equities), amid monster volatility.

And yet, it was the right move.  As I covered last week, we can be pretty sure the rebalance happened, on average, because we saw $1.7b come out of bond ETFs and $4.4b go into equity ETFs in the week of trading crossing March 31st.  I applaud folks who stuck to the plan.  And their clients should too.

To prove it, we looked at a too-simple yet convenient 60/40 portfolio allocation, using the SPDR S&P 500 Trust (SPY) and the iShares Core U.S. Aggregate Bond ETF (AGG) as our proxies. Here’s what the performance of that portfolio looks like to date, assuming you went ahead and did the rebalance right at the end of June.

I’ll save you the squinting; you’d be down 5.58%.  Not brilliant, but you’re not doing to bad compared to the S&P 500 itself. But what if you hadn’t rebalanced two weeks ago at the end of March? What if you set your target weights on January 1st and just let it ride?

You’d be down over 9%. Is this life-changing? Of course not.  But this is a “free” 4% for merely doing what you planned to do all along, realized in two weeks. I’m not holding this up as sophisticated quant analysis, but that’s also the point: this isn’t rocket science.  The whole point of scheduled rebalances is to put yourself in a position to capture mean reversion over long periods, and to keep your portfolio being wildly out of balance and over-invested in high-performing assets with the potential for collapse.

That’s the point of index rebalance and reconstitution rules too.  At least it’s supposed to be.

It will take another few months before we can do the analysis, but the moves made by S&P Dow Jones to simply ignore their own rule books because the market was surprising is sure to have unintended, random consequences.  By the third quarter, we’ll be able to look back and play a bit of “what if” on the headline indexes and see whether this was a good move or a bad move.

But it can be nothing but random, and randomness isn’t generally what I’m looking for in an index.