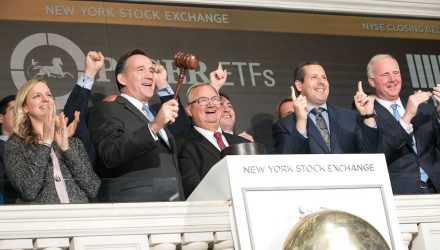 Why the NYSE is The Home of ETFs

As 2019 fast approaches, the ETF industry is thriving with net year-to-date inflows of $304 billion in the U.S. with no sign of slowing down.

U.S. ETF total assets currently sit at $3.397 trillion with the average daily trade volume increasing by 46.4% to $99.53 billion as compared to the same period last year, according to XTF data.

In order to launch a successful ETF, an issuer must craft a unique offering that has a specific investment objective, strong internal structure and a compelling marketing message just to have a chance of competing. It’s also imperative that the ETF trades freely and effectively with as much initial exposure as possible as a slow start can hinder the future growth of any ETF launch.

“We are always on the lookout for ways we can drive enhancements to U.S equities market structure, streamline the listings experience for issuers via new generic listing standards, and developing truly innovative enhancements for the ETF industry such as the NYSE Arca’s new official closing price,” Yones said.