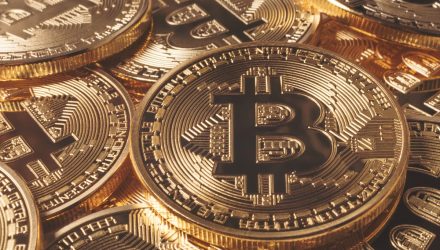 What Does The Latest Bitcoin ETF Rejection Mean For The Future?

While the ETF market has been anxiously awaiting a Bitcoin ETF, the SEC recently rejected Bitwise’s ETF proposal. Now crypto investors are wondering what this means for the future of potential crypto ETFs and the market as a whole.

Bitwise Asset Management’s Bitcoin ETF was disapproved last week, but Bitwise remains optimistic that the remaining concerns and challenges raised in the Security and Exchange Commission’s order will ultimately be satisfied.

“We deeply appreciate the SEC’s careful review,” Hougan said. “The detailed feedback they have provided in the Order provides critical context and a clear pathway for ETF applicants to continue moving forward on efforts to list a bitcoin ETF.”

Manipulation of the crypto market has been a key concern for the SEC, said Lindsay Danas-Cohen, general counsel and chief operating officer at crypto exchange and brokerage Velocity Markets.

In it’s argument for approval, Bitwise pointed to its research, which demonstrated that 95 percent of cryptocurrency trading is fabricated as proof that it understands the market.

“Bitwise tried to get out in front of these arguments by asserting they’re very aware that only 5 percent of the bitcoin spot markets are ‘real’ and I commend that effort,” Danas-Cohen told CoinDesk.

But Fallon, a former SEC senior counsel, said Bitwise did sufficiently demonstrate how the exchanges with “real” volume were insulated from the prices found on other platforms.

Legal pundits said the decision could indicate that a bitcoin ETF may still be years away. But Matt Hougan, Bitwise’s global head of research, sees positives in the decision. The SEC has demonstrated that it’s willing to at least raise addressable concerns, rather than rejecting a product out-of-hand with little explanation.

“A bad outcome would have been a cursory [filing],” Hougan told CoinDesk. “After digesting it a little bit, we’re pleased with the detail the staff provided and the clarity of what we have to do.”

The solution to this issue, according to the SEC, may be surveillance-sharing agreements between national exchanges sponsoring ETFs (such as NYSE Arca, which filed the actual ETF proposal for Bitwise) and regulated markets.

While Bitwise were not able to satisfy the SEC’s concerns inside the statutory 240-day review window afforded these filings, and while they have identified the need for additional data and context to interpret our key findings, Bitwise said they were pleased with the progress that the industry has made and believe that, with additional research and continued progress in the broader ecosystem, the remaining concerns and challenges raised in this order will ultimately be satisfied.