You are at:Home»Featured»Vanguard Cuts Expense Ratios on 21 Ultra Low-Cost ETFs 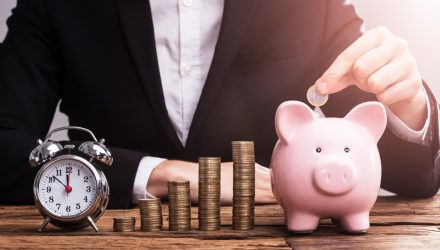 The ETF fee war continues after Vanguard decided to cut fees on 21 of its ultra low-cost ETF funds last week. This includes eight of its ten biggest ETFs.

Among the ETFs in this latest round of expense ratio cuts included a variety of popular funds such as: the $114 billion Vanguard Total Stock Market ETF (VTI) as well as the $112 billion Vanguard S&P 500 ETF (VOO). The two popular funds rank as third and fourth largest funds, respectively. Costs on VTI and VOO have been reduced to 0.03%, down 1 basis point apiece.

This is not the first time that Vanguard has cut costs on its popular funds of late.

Despite the recent cuts, Vanguard funds still remaining more expensive than several of the most popular competitor ETF offerings by investment companies such as Schwab, JP Morgan, and State Street.

Still, for those who are waiting on the sidelines, looking for a reason to invest in an ETF, this could be an opportunity to get involved in the markets.