You are at:Home»Featured»Travel Sector Woes Due To Norwegian Cruise Lines Bankruptcy Concerns 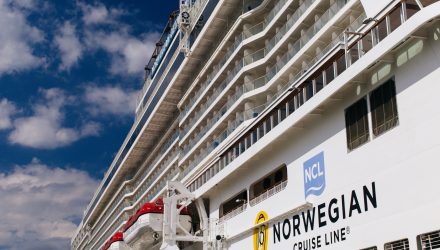 Just a day after Warren Buffett announced that Berkshire Hathaway has relinquished all airline holdings in the company’s portfolio, Norwegian Cruise Line stock is plummeting, as the company admonished investors and analysts on Tuesday that it may seek bankruptcy protection.

The cruise company stated that there is “substantial doubt” about its ability to subsist given how the coronavirus pandemic has wrought damage to the industry.

Shares of NCLH tanked, dropping more than 22% after the news.

Norwegian, which is the smallest of the three major U.S. cruise operators, postponed its operations in mid-March as a result of restrictions and declining demand resulting from the coronavirus pandemic along with other cruise operators like Carnival and Royal Caribbean Cruises.

We cannot predict when any of our ships will begin to sail again or when ports will reopen to our ships,” it said. “Moreover, even once travel advisories and restrictions are lifted, demand for cruises may remain weak for a significant length of time and we cannot predict if and when each brand will return to pre-outbreak demand or pricing.”

The company also said it is slashing capital expenditures by $515 million and has furloughed 20% of its shoreside staff.

Norwegian Cruise Line Holdings is attempting to generate $2 billion of fresh funds through a combination of debt, equity, and an investment from a private-equity firm.

In a securities filing, the cruise company claimed it was in compliance with all of its debt agreements as of March 31, but was unable to promise that it would not seek waivers from its lenders, and could risk default If it cannot amend its credit agreements.

Catching Up With Catterton

The company also released news that L Catterton, a private equity fund, invested $400 million in NCL Corp., a subsidiary of Norwegian, and that contract allows L Catterton to nominate one member to the board. While Norwegian plans to raise another $1.6 billion from issuing a mix of stock and bonds, the L Catterton investment is dependent on the company gathering at least $1 billion from other investors.

“We are pleased to execute this agreement with L Catterton, the largest and most global consumer-focused private equity firm in the world,” CEO of Norwegian Frank Del Rio said in a statement.

“The cruise industry has been very resilient over a long period of time, driven by strong secular tailwinds and a high level of guest satisfaction,” Scott Dahnke, co-CEO of L Catterton, said in a press release.

It’s a tough week for transports and leisure stocks, as just yesterday, Warren Buffett announced that Berkshire Hathaway had divested itself of all airline holdings. Berkshire had over $4 billion invested in various airlines including American, United, Delta, and Southwest prior to the sale. The “Oracle of Omaha” demonstrated respect for the industry but insisted that there are events “on the lower levels of probabilities” that necessitate a change of plans.

The veteran investor estimated that his company spent $7 billion to $8 billion establishing the positions in 2016 and ended up “selling them at far lower prices than we paid.” He attributed the company’s $6.1 billion in net stock sales in April to the disposals.

Berkshire sold its nearly 10% stake in the big four airlines in April, Buffett announced at the company’s annual meeting on Saturday.

“Our airline position was a mistake,” the billionaire investor said. “Berkshire is worth less today because I took that position than if I hadn’t.”
The First Trust Consumer Discretionary AlphaDEX Fund (FXD), which has a 1.58% stake in Norwegian, and holds Carnival in its portfolio as well, is essentially flat on the day, up 0.38%, as stock indices attempt a second Green Day in a row.
For more market trends, visit  ETF Trends.