You are at:Home»Equity ETFs»Trade Wars Drag Dow Down 200 Points at Open 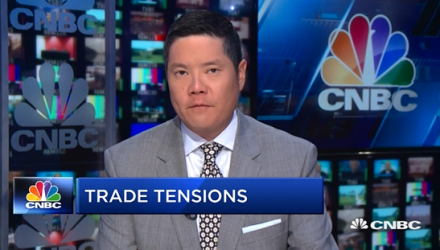 According to President Trump, Chinese goods affected by the tariffs include those “that contain industrially significant technologies.” The affected 818 Chinese imports was worth about $34 billion–a measure that would take place on July 6. An additional round of tariffs worth $16 billion on Chinese goods will require approval, which could bring the total to $50 billion worth of Chinese goods if approved.