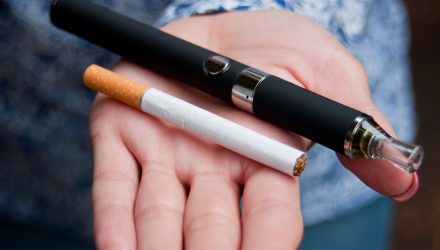 As the U.S. vaping crisis has continued to escalate, members of Big Tobacco have admitted that they have called off a potential merger discussion.

Phillip Morris International and Altria confirmed they were in merger discussions in late August before nixing a potential deal in September. PMI Chief Financial Officer Martin King told analysts on a call discussing the company’s third-quarter earnings that the meetings were “a natural outgrowth” of Altria and PMI’s work together launching Iqos, PMI’s heated tobacco device, in the U.S.

“One big thing was the environment was developing rather rapidly as we were in these discussions with all the news around e-vapor and the regulatory approach from FDA,” PMI Chief Financial Officer Martin King said on the call.

Over the past few months, more than 1,200 people have become ill from vaping, and 29 have died from a mysterious acute lung disease. This has led national, state, and local politicians to insist on banning e-cigarettes to protect public health, often imploring emergency powers to implement them.

As tobacco companies look to mitigate the damage caused by the vaping scare, new tobacco product IQOS, which was recently granted permission to be sold in the U.S., has now moved to the forefront.

IQOS grew 37% last quarter globally, although it currently accounts for only 5% of the company’s overall sales.

“We chose the path to focus on the big opportunity we have with Iqos, so let’s go down that road,” King said. “It’s right in front of us and we see that opportunity being even bigger than before the discussions.”

An Altria spokesman in an email said the company is “excited” about its “strong partnership with PMI and being able to introduce IQOS to adult smokers in the U.S.”