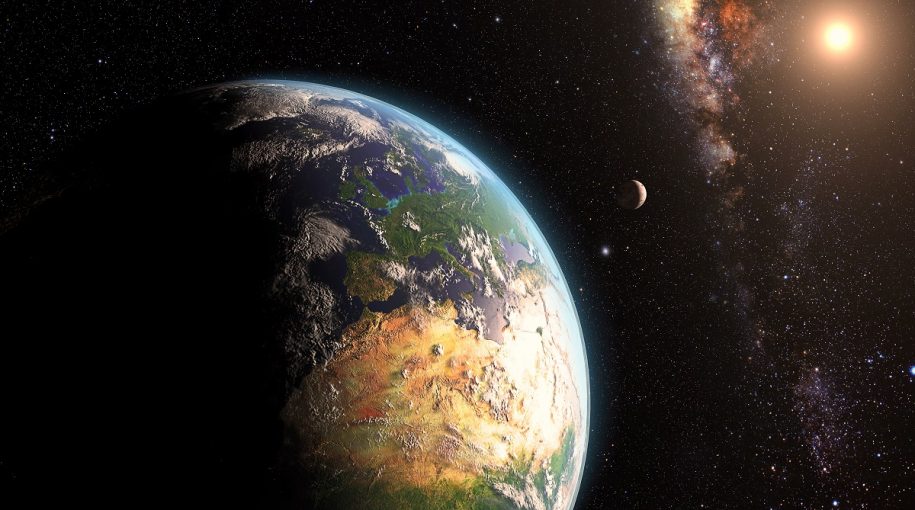 The concept of an ETF that allows investors to get involved in space exploration and space-related activities has been in the works for awhile, but the Procure Space ETF (UFO) may offer an interesting entrée into the world of space-related investing.

While many people would undoubtedly love to invest in a massive enterprise like Elon Musk’s Space X, unfortunately, it has not been made available for public consumption as of now. Currently, the best way to take part in a space-related ETF is to invest in an EFT such as iShares U.S. Aerospace & Defense ETF (ITA), that includes companies like Boeing, which is designing a space launch system, or United Technologies Corp, which has designed NASA’s space suits.

This is where the Procure Space ETF (UFO) stands out.

At least 80% of the index weight is allocated to companies that derive a majority of revenues from space-related industries, including companies that utilize satellite technology. These companies are involved in a wide variety of activities, including: ground equipment manufacturing dependent upon satellite systems, rocket and satellite manufacturing and operation, satellite-based telecom, radio and television broadcasting, space industry segments and intelligence, and space technology and hardware. 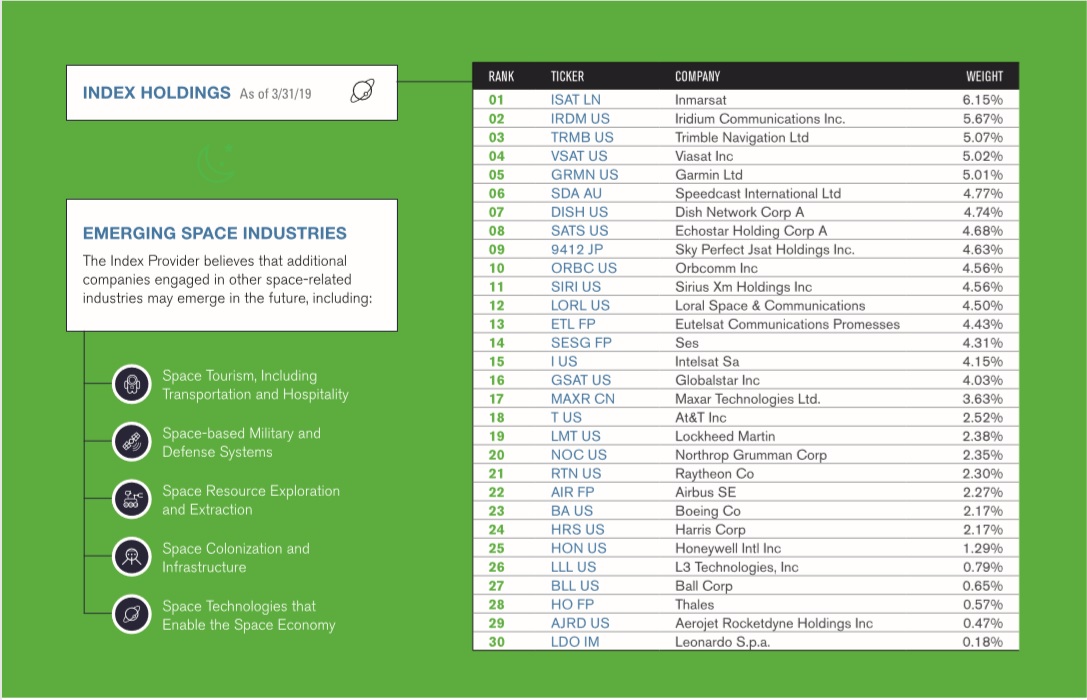 In addition to offering a variety of space related sectors, UFO also has a diverse breakdown of countries that are involved in industry participation. While the United States contains the largest share of involvement in space related industries, other countries such as France, United Kingdom, Australia, Japan, Canada, and Italy round out the breakdown.

“The space industry is one that is still fairly new as far as corporations and the commercial viability of companies in space go,” Andrew Chanin, co-founder and CEO of ProcureAM, an exchange-traded product issuer stated on CNBC. “Although there might be private companies that are working on new technologies, it’s really difficult to get access unless you’re an extremely affluent investor,” Chanin added.

While UFO is likely one of the most comprehensive space-related offerings to hit the ETF market, other players to consider include: