You are at:Home»Thematic Investing Channel»Retail ETFs Off To Strong Start On Black Friday 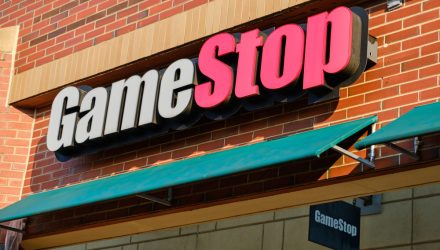 Retail ETFs Off To Strong Start On Black Friday

With much of the world now more accustomed to a shelter-in-place mentality, the coronavirus pandemic has also driven retailers to augment their holiday shopping season, which now includes an early start to Black Friday deals, something that has been a boon for retail ETFs.

Black Friday is off to a healthy start, with retail stocks gaining as investors wager for an energetic holiday shopping season. Big names like Amazon, Shopify climbed higher, and Gamestop even rocketed 10.5%, as the SPDR S&P Retail ETF (XRT) advanced 0.6% and notched a new all-time high, and the ProShares Online Retail ETF (ONLN) added 2.50%. On Thanksgiving Day, online sales exploded to a historic $5.1 billion, according to Adobe Analytics.

“We’re seeing a fundamental change in the promotional calendar,” Steve Sadove, former chairman and CEO of Saks, said Friday on CNBC’s “Squawk Box.” “I think the retailers have done a brilliant job extending the season, and that will play out as we go into next year,” he added.

With common household items like toilet paper and disinfect now almost impossible to find in some places, as a result of the institution of coronavirus restrictions, an increased window of time to make holiday purchases could be useful and beneficial Sadove said.

Of course having a lengthier post-Thanksgiving shopping period is not a novel concept for retailers, according to former Walmart U.S. President and CEO Bill Simon. “They’ve been trying to do that for years and haven’t had any success, and this might just be the year they pull it off,” Simon said the same “Squawk Box” interview alongside Sadove.

The move to extend the shopping period is particularly key for big-box retailers like Walmart, and Target, Simon said, as it could determine the stores’ chance of survival or even greater success in a predominantly e-commerce universe.

“They’re moving from a channel of dominance to a channel where they’re a distant second” behind Amazon, Simon said. “They’re going to have to catch up very quickly, or they’re going to try to change the calendar back to be more physical and more Black Friday because they’re not going to like the result.”

While e-commerce has become increasingly more important, Sadove, who was head of Saks from 2007 to 2013, feels that “a combination of both” online and brick-and-mortar will be important in the coming years.

“I think everyone is benefiting from the early burst. You saw this big volume increase year on year and it’s continuing and I think that’s going to lead to bigger numbers for the holiday season,” he said. “I think the retailers are going to try and play it both ways, where they continue the early promotions. And then with a big burst coming in at the Black Friday-Cyber Monday period.”

For investors looking to use ETFs to play the online retail space, look to the Global X E-Commerce ETF (EBIZ). EBIZ seeks to invest in companies positioned to benefit from the increased adoption of E-commerce as a distribution model, including companies whose principal business is in operating E-commerce platforms, providing E-commerce software and services, and/or selling goods and services online.