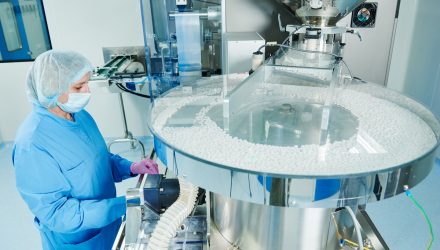 Johnson & Johnson Could Be A Good Bet Despite Opioid Lawsuit

Since 1887, Johnson & Johnson has been a staple in the healthcare industry, with a plethora of household name products under its umbrella, including Listerine, Sudafed, and Benadryl. Recently however, the company has faced ongoing scrutiny as the subject of a major lawsuit that alleges J&J and it’s subsidiaries are responsible for fueling Oklahoma’s opioid crisis.

The suit alleges J&J used a hawkish and deceitful marketing campaign that overemphasized the effectiveness of opioids for treating a broad range of pain, while downplaying addiction risks. The state has presented a $17.5 billion abatement plan over 30 years to fix the opioid epidemic.

Johnson & Johnson in turn claims that much of the nation’s opioid crisis is the result of illegal activity, such as drugs being stolen or fraudulently obtained, and they are wrongly being scapegoated for the crisis.

“By seeking to impose liability on a single defendant for a complex social crisis that has taken a tragic toll on this country, the State has put this court in an untenable position,” Johnson & Johnson said in its filing. “The State has used this trial — and a slew of illogical, legally defective theories far outside the bounds of Oklahoma precedent — not to ‘abate’ anything but to find a scapegoat.”

Notably however, despite the pending lawsuit and controversy the stock has remained stalwart, trading at roughly $141 a share, a stone’s throw from its all-time high of $146.87.

According to analyst site seekingalpha.com, the pharmaceutical company has a number of things going for it, making it still attractive to investors. Having raised its dividend every year since the Kennedy administration, Johnson & Johnson is on the prestigious Dividend Kings list. In addition, apart from the perils of being a scapegoat of the opioid crisis and the continuing talc-based product lawsuits, Johnson & Johnson holds the distinction of an AAA credit rating. Finally, the company possesses a proven management team and is likely to benefit from elevated healthcare spending as the world grows more affluent, larger, and older.