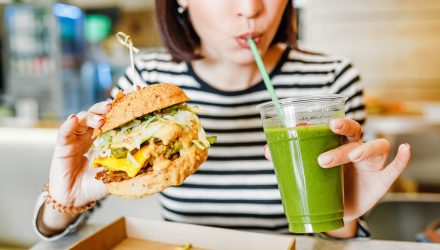 Impossible Burger Fails To Do The Impossible For Burger King

While the Impossible burger has become increasingly available at both fast-food restaurants and higher end establishments, for Burger King, the Impossible Whopper may have built up hype but failed to elevate the chain’s same-store sales growth as high as Wall Street estimates in the fourth quarter.

Analysts queried by Refinitiv were anticipating the burger chain to deliver U.S. same-store sales growth of 3.1% in the quarter, whereas Burger King missed those expectations, with sales at U.S. restaurants open at least 13 months only climbing 0.6%.

Restaurant Brands International CEO Jose Cil related the unanticipated results to the stores offering fewer value bargains than during 2019, which saw U.S. same-store sales rise by 0.8%. In January, Burger King added the Impossible Whopper to its popular 2 for $6 promotion.

“As I mentioned, the Impossible Whopper was a big highlight of 2019 and continued to be an important sales driver in the fourth quarter, generating healthy levels of incrementality at a premium price point,” Cil told analysts on a conference call Monday.

While the Impossible Burger has been hyped, and is available in a wide variety of locations including Red Robin, White Castle, Umami Burger, and Fatburger, it’s still nebulous as to how much the products are gaining popularity with consumers and whether they can be a significant factor in inducing sales.

Burger King’s largest U.S. franchisee, Carrols Restaurant Group, said in January that average daily orders of the Impossible Whopper at one of its locations had fallen 12.5% to 28 burgers. In comparison, one of its restaurants generally sells about 234 beef Whoppers a day.

The Beyond Burger and the Impossible Burger remain the key contenders in the meatless meat market. It was back in 2016 when the original Impossible Burger first appeared in restaurants and Beyond Burger patties were proliferating in supermarkets, but BYND had quite a stellar 2019, following its IPO, where the stock multiplied by nearly five times before an epic decline, and has become a part of the McDonald’s menu.

For now, restaurants such as Tim Hortons, the Canadian coffee chain, also owned by Restaurant Brands, which had taken a gamble on the vegan burger offering, eventually pulled the breakfast sandwich from the majority of provinces.

“Ultimately, the product was not embraced by our guests as we thought it would be. We may offer plant-based alternatives again in the future, but we have removed it from the menu for now,” a Tim Hortons spokesman said in a January statement.

Investors looking at use ETFs to explore Beyond Meat can consider the Vanguard Total Stock Market ETF (VTI) or the iShares Russell Mid-Cap Value ETF (IWS).