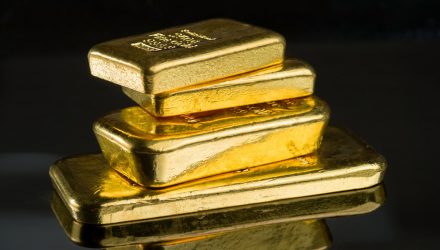 Despite Its Fall, Gold Seems To Be Functioning As Intended

While gold prices plummeted roughly $80 as most asset classes are tanking after coronavirus panic has spiraled out of control, the precious metal may still be working as it is supposed to be according to some experts.

Gold is often perceived as a safe haven asset for investors, and with Thursday’s plunge in prices, as global stock markets crash yet again, there is evidence that investors have taken shelter by converting the precious metal into cash as is intended to be done with a safe haven asset.

“If gold’s being sold to raise cash in an emergency, which is what appears to be happening now, then it is doing its job as a safe haven,” said Brien Lundin, editor of Gold Newsletter.

Despite the safe haven appeal of gold as well as bonds and sometimes Bitcoin, analysts are now warning investors that this is an extremely risky time to be invested in markets.

“No investment is safe” for traders or investors at this time, said Chintan Karnani, chief market analyst at Insignia Consultants, in a market update. Retail traders have booked investment losses in February and so far in March, and gold has seen two big selloffs in the past couple of weeks, he said.

The losses for gold come as a drop in the U.S. stock market triggered circuit breakers that temporarily halted trading for the second time this week after stocks tanked. The S&P 500  and Nasdaq Composite are poised to join the Dow Jones Industrial Average in ending an 11-year long bull market.
In addition to coronavirus-driven panic, a key driver behind the drop in gold is the solid rebound staged by mortgage rates this past week as lenders sought to stem the tide of people looking to refinance their home loans.
The 30-year fixed-rate mortgage averaged 3.36% for the week ending March 12, climbing 3.29% from the prior week, Freddie Mac reported Thursday.

For gold buyers looking to load up on this drop, funds like SPDR Gold Shares (NYSEArca: GLD) and the SPDR Gold MiniShares (NYSEArca: GLDM). Precious metals like gold offer investors an alternative to diversify their holdings, and like other commodities, gold will march to the beat of its own drum compared to the broader market, providing diversification.