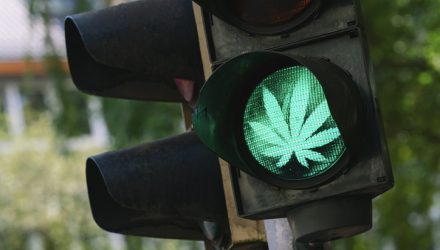 Bernie Sanders Could Boost These Type of ETFs

Sen. Bernie Sanders entered the Iowa caucus Monday as one of the frontrunners for the 2020 Democratic presidential nomination. His ascent in the polls is seen as potentially punitive for some industries and the related ETFs, namely those in the healthcare arena.

However, if Sanders does become the next occupant of the White House, his rise to the highest office in the land could be a boon to another industry and the related ETFs: cannabis. Funds, such as the Global X Cannabis ETF (NASDAQ: POTX), could get a “Bernie bounce” because the Vermont senator would call for federal legalization of marijuana.

Federal legalization of marijuana in the U.S. widely viewed as the holy grail of the cannabis industry.

Picking Up On POTX Potential

“On my first day in office, through executive order, we will legalize marijuana in every state in this country,” Sanders recently said.

Looking at Cannabis ETFs, they are now priced at half off of where they were a year ago. More states are legalizing marijuana, and the Fed is allowing banking. In other words, many of these funds haven’t yet responded to some of the relevant, positive headlines seen last year.

“Good as that may sound for U.S. pot producers, he reserved a jab for these growing businesses,” reports Bill Alpert for Barron’s. “After promising to expunge the criminal records of those arrested for pot possession, Sanders promised to give industry control to minority communities that disproportionately suffered arrests and incarceration in the war on drugs.”

“Marijuana’s criminal status under the federal Controlled Substances Act can only be changed by Congress, of course, but members of a Sanders cabinet would get the process rolling. The U.S. also has commitments under international treaties to treat cannabis commerce as illegal,” according to Barron’s.