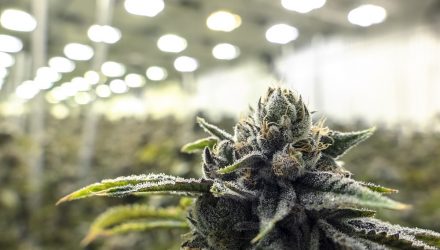 Despite a recent influx of money into marijuana stocks, there was some disappointing news out of Canada last week regarding the industry. Statistics Canada reported that Canadian marijuana retail sales declined by 7% in February compared to January.

Still, one positive for the industry is that supply is currently outpacing demand by a significant margin, which is great for marijuana stocks and corresponding marijuana ETFs that hold them.

Investing in marijuana ETFs is one way for long-term investors to play the market because it’s an easier approach than choosing stocks, says Michael Berger, founder of Technical420, a Miami-based company that conducts research on cannabis stocks, according to U.S. News.

“It’s a way for an investor with a buy-and-hold strategy to withstand the volatility that come with pot stocks,” Berger said.

Currently there are only a few U.S. listed marijuana-based ETFs. But that number is rising as interest in marijuana stocks and the market as a whole continues to peak investor interest levels.

In April, a new marijuana ETF began trading in the U.S. — the AdvisorShares Pure Cannabis ETF (YOLO) that comes with an expense ratio of 0.74%. It is designed to fully-invest for pure cannabis exposure under the guidance of a deeply experienced portfolio management team navigating the emerging cannabis marketplace.

“ETFs are great if you don’t want to babysit companies,” says Jason Spatafora, co-founder of Marijuanastocks.com and a Florida-based trader and investor further explains.

According to Cabot Wealth Network, “If you want to make money in the sector, the best time to buy is when stocks are down, and that’s difficult without professional guidance—which is one reason to invest in ETFs instead.”