You are at:Home»Thematic Investing Channel»3 Marijuana ETFs to Capitalize on ‘Green Rush’ 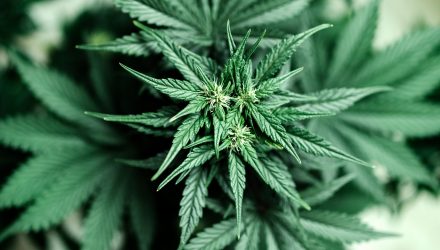 With an increasing number of U.S. states scrambling to legalize marijuana at the local level, the ‘green rush’ has taken the country by storm, offering new and unique opportunities for forward-looking investors.

For the cannabis culture, 420 has always been an important day of celebration. The origin of the term 420, celebrated around the world by pot smokers every April 20, has long been obscured by the clouded memories of the folks who made it a phenomenon. In 2003, when the California legislature codified the medical marijuana law voters had approved, the bill was named SB420.

One relatively new exchange-traded fund focused on marijuana stocks planned is looking to undercut competitors when it debuted just days before the unofficial pot holiday. According to Bloomberg, YOLO, which stands for the credo, “You Only Live Once”, is the ticker for the AdvisorShares Pure Cannabis ETF, which charges 74 basis points, or $7.40 for every $1,000 invested, according to regulatory documents. That’s 1 basis point less than the ETFMG Alternative Harvest ETF, creatively named known as MJ., and the AdvisorShares Vice ETF (ACT).

MJ seeks to provide investment results that, before fees and expenses, correspond generally to the total return performance of the Prime Alternative Harvest Index, which was created to provide investors with a product that enables them to take advantage of both event-driven news and long-term trends in the cannabis industry as well as the industries likely to be influenced by the medicinal and recreational cannabis legalization initiatives taking place in many locations globally.

Meanwhile, ACT believes that investing in select alcohol and tobacco companies will provide continued growth and long-term performance across all types of market environments. Coupled with the continuing societal acceptance and regulatory approvals of cannabis across jurisdictions, a new investment avenue has emerged that provides a compelling upside to complement the steady and more predictable returns of the coined recession-proof equities.

Finally, YOLO seeks long-term capital appreciation by investing in both domestic and foreign cannabis equity securities. YOLO is designed to fully-invest for pure cannabis exposure under the guidance of a deeply experienced portfolio management team navigating the emerging cannabis marketplace.

Despite the seeming ridiculousness of YOLO’s 1BPS price cut, perhaps it is a more crafty marketing tactic than one might assume at first glance.

“Launching 1 basis point cheaper than MJ is a bit absurd, but symbolic of the era we are in right now where expense ratio is one of the first things an adviser looks at,” said Eric Balchunas, an ETF analyst at Bloomberg Intelligence. “This ETF has at least a fighting chance to find an audience.”

According to CNBC’s discussion with Reggie Brown, senior managing director of Cantor Fitzgerald’s ETF Group, the real success of these investments will come down to the politics of pot.

“With cannabis, it really comes down to regulatory outcomes,” Brown said in the same “ETF Edge” interview (featured below). “It depends on how the regulatory bodies look at it, and then how the banks can adopt to be custodians broadly. So, it seems like there’s a lot of demand in cannabis. It’s an emerging new area of commerce, and so I can only see the ETFs be covered by that.”

For more news on marijuana ETFs, visit our Marijuana category.