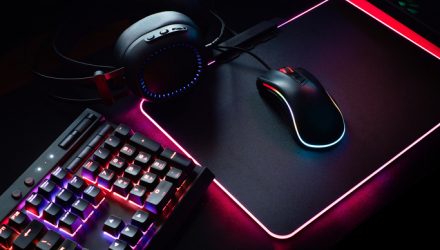 A Heroic Content Catalyst For a Video Game ETF

Content is significant across of variety of platforms and that’s particularly true in the video game space, a theme investors cant access with ETFs, including the Global X Video Games & Esports ETF (NASDAQ: HERO).

New data confirm the “content is king” narrative in the video game universe.

“U.S. video game content generated $35.4 billion in revenue in 2019, a 2 percent increase over 2018, according to new data released today (Jan. 23) by the Entertainment Software Association (ESA) and” The NPD Group.

Hone in on HERO

“The video games market will more than double to become a $300 bllion-plus industry by 2025, according to GlobalData, a leading data and analytics company. According to the company’s latest thematic report, ‘Video Games’, the market will grow from $131 billion in 2018 to $305 billion in 2025, at a compound annual growth rate (CAGR) of 13%.”

Evolving technologies, such as 5G and cloud computing, are expected to play significant roles in the expansion of mobile gaming.

“The continued economic growth and impact of the industry illustrates what we in the industry see every day – more and more people of all ages and backgrounds love playing video games and are celebrating their unparalleled entertainment,” said ESA President and CEO Stanley Pierre-Louis. “As new platforms and technology continue to reach more players across the country, we expect 2020 to be yet another exciting year of engaging content and innovation as video games cement their place as the leading form of entertainment in America.”

Another important catalyst for HERO as 2020 unfolds is the strength of the consumer, particularly when new titles and hardware are expected later this year.

“Consumer spending on entertainment software increased in 2019, driven by the expanded reach and accessibility of content across a variety of platforms including console, PC, mobile and virtual reality.” said Mat Piscatella, industry analyst, The NPD Group. “2020 is expected to be a year that sets the stage for the next period of rapid spending growth for video game content. New hardware, subscription, and cloud gaming offerings are poised to give players even more options to engage with gaming content wherever, whenever and however they wish.”