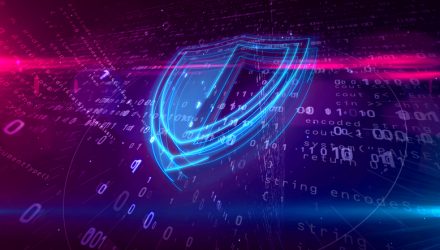 BUG seeks to provide investment results that generally correspond to the price and yield performance, before fees and expenses, of the Indxx Cybersecurity Index.

The thing to note is how technology continues to improve and benefit society, while at the same time, cybersecurity threats increase as well. As Lydon notes, people don’t know where the threats are coming from or when they will strike, but cybersecurity remains a growing industry.

BUG does well to play towards the industry, as this sort of scenario is a long-term threat. As Lydon states, “It’s important to understand the great companies out there taking advantage of this desire for us to keep our systems and computers clean from your PC to the Pentagon. We all have certain threats that we want to make sure we can sidestep.”

As the fun opened right around the time of the recent assassination of the Iranian general, Lydon has his reasons for wanting investors to get on this fund now, as opposed to waiting for it to mature. While other ETFs have a similar focus, Lydon believes BUG presents an opportunity thanks to its transparency. The holdings can be seen clearly.

That’s helpful, as a lot of investors and advisors like to research ETFs in their own ways these days. Being able to see companies, familiar or foreign to the investor, is a great way to signal a level of confidence just by having a good idea of what is going on. This is opposed to buying into some of these companies individually.

Lydon adds that it’s nice to follow trends and all, and no, BUG does not have its own 200-day average at this point. However, it will in the coming months. The key thing comes down to the opportunity and chance to diversify a portfolio. At the same time, it’s great to take advantage of current situations that may arise. For cybersecurity, the Iranian situation certainly brought it to a head.

Jaffe brings up a competing fund mentioned from a few years ago, HACK, which exists in the same space and has spent a lot of time at the bottom of its peer group, and sometimes hitting the top as well. Year-to-date, that fund was up 6%, while BUG is up close to 9%. However, Jaffe’s concern is about what it is that makes BUG a more confident current choice.

As Lydon explains, “There’s a choice. And if all of a sudden, cybersecurity is on your radar, it’s one of those things where now you can look at a variety of different choices for an allocation. They are not the same. Their indexes are constructed differently. So that means their performances are going to be different.”

It’s not a matter of whether or not BUG will outperform HACK, as this is a volatile market, and a very new and innovative form of technology. Things change over time, but it is a great point to address. There is more choice out there, and that sector is deserving of research to look for what’s best.

As far as where the money is coming from for the fund, the big allocations are not coming from cybersecurity specifically. There may be bigger companies that play heavily into making this fund possible on the scale that it has. Being able to cherrypick sub-sectors in the technology allocation, as opposed to broader sector picks of high capitalized companies will help.

Lydon emphasizes that this realm of technology will be the way of the future, as opposed to big tech companies that may already be more mature.

In regards to whether or not BUG is a trend-following pick, once it is in a place where it has a 200-day moving average, Lydon thinks it is something to be confident about, especially given the trends.