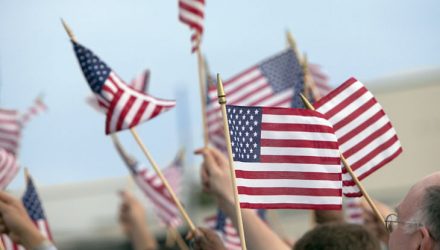 Tech ETFs Rally but Not in Danger of Dot-Com Bust

Another significant difference between the current tech rally and the previous tech bubble can be seen through liquid assets. Cash and marketable securities make up 18.3% of the Power Five’s aggregate market capitalization, compared to 2.3% for the largest companies during the tech bubble. Companies today have a much larger cushion to fall back on should times grow hard.

Lastly, while tech companies have stood out in recent years, they have not run off like they did during the tech boom. Through June 19, 2017, the average trailing one-year return for the Power Five was 45.3% and the cumulative three-year trailing return averaged 107.6%. In contrast, the average performance of the five largest stocks during the tech bubble was 184.2% over the trailing 12 months and a huge 611.9% over the trailing three years.

Related: An ETF to Bite inot the FANGs Segment

As more grow concerned over the high flying prices and start to voicing concerns over another dot-com-esque bubble, potential investors should keep in mind that the current technology segment is no where near the lofty valuations compared to the dot-com era.