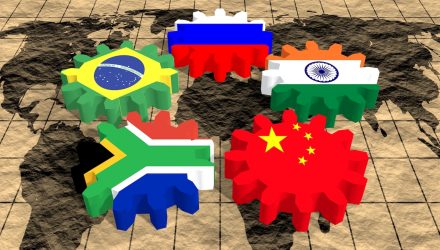 Tap Into “The Great Confluence” in Emerging Markets With ETFs

Whether we are discovering the latest sports news on Twitter, posting about our weekends on Instagram, or purchasing a Halloween costume using one-day delivery on Amazon, our dependence on technology is clear. The explosion of smart devices, which allows us to manage almost everything using just a smartphone and a reliable internet connection, has been a part of our lives in the United States and other developed countries for more than a decade now, with new mobile apps launching on an almost daily basis.

However, for emerging market countries, such as China, India, and Brazil, this technology has gone mainstream relatively recently, creating a potentially enormous opportunity for savvy investors.

It’s part of what Kevin T. Carter, founder and CIO of the Emerging Markets Internet & Ecommerce ETF (EMQQ), refers to as “The Great Confluence.” Three megatrends are contributing to this rapid dissemination of technology throughout emerging markets.

Smartphones are becoming more affordable and ubiquitous for the average consumer, with many companies offering lower-priced options for customers who are unable or unwilling to shell out over a thousand dollars for a device.

Samsung, Google, and Apple all offer affordable options, with Samsung selling one 5G-enabled model that is still priced around $200. Google also continues to commit to bringing its camera technology to mid-range phones.

Affordability is accelerating smartphone adoption in emerging markets like India. A 2019 Pew Research study of 11 emerging markets countries found that more than half (54%) of internet users in these countries were going online without a computer or tablet at home — they were using their phones instead.

In addition, tasks that once required first a desktop computer and then later a laptop are now possible entirely from a smartphone or tablet. Rather than wait to print a spreadsheet at home from a computer, one can simply open Microsoft Excel and use the AirPrint feature or use document sharing apps straight from a phone. In many ways, the smartphone is the new computer, which also helps to explain the increase in smartphone hard drive size over the years.

Another key factor in the growth of the tech sector in emerging markets is that mobile and wireless access is surging, with high-speed internet and continued economic development often going hand-in-hand.

The same Pew Research study found that in 2014, less than half of Mexicans (45%) and only a third of Filipinos (34%) used the internet at least occasionally or owned a smartphone. Five years later, internet usage in those countries stood at 73% and 66%, respectively.

But the dissemination of mobile broadband access — as large as the numbers may seem — is still in its early stages. More expansion is yet to come.

The third factor in “The Great Confluence” is evidence that the emerging markets consumer base is growing in numbers and now possesses more disposable income to spend.

With more money in hand, consumers are spending more time on online platforms like Mercado Libre, Flipkart, Zomato, and Sea Ltd. Until recently, Chinese platforms dominated, but increasingly, companies in other emerging markets are gaining investment steam, including those in India, Vietnam, Colombia, and South Africa.

The impact of this confluence of events is that an increase of technological advances and companies that support their growth and development is likely to continue at an accelerating pace in emerging markets.

Josh Brown, CEO of New York City-based Ritholtz Wealth Management and frequent commentator on CNBC said on “Alibaba Day,” or the day AliBaba had its IPO: “The truth is, today is a historic moment… We won’t know just what it all means for weeks, months or years to come. The significance of this day will not be fully realized anytime soon – like most major market events.”

Other analysts agree. A report titled “Going for Gold in Emerging Markets” by McKinsey & Co concludes: “By 2025, annual consumption in emerging markets will reach $30 trillion—the biggest growth opportunity in the history of capitalism.”

For ETF investors, one option to explore is EMQQ, which holds internet and e-commerce companies from the most quickly developing markets, including China, India, Brazil, Singapore, South Africa, and Argentina.

As of July 20, 2021, the fund was the top-performing emerging market equity ETF for the past three- and five-year periods, based on total returns and out of 57 and 46 funds, respectively, according to ETFdb.com.