You are at:Home»Beyond Basic Beta Channel»Is It Time for a New Social Media ETF? 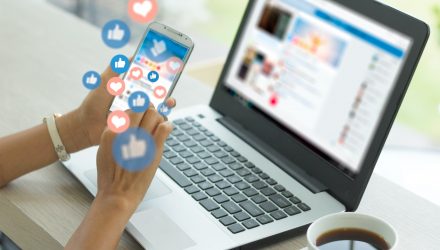 Is It Time for a New Social Media ETF?

In the wake of the recent Reddit uprising, New York asset manager VanEck is launching a social sentiment exchange traded fund to capitalize on stocks that might benefit from such hype.

The new ETF will invest in the stocks that are getting the most social media media traction, and will most likely to be sent catalyzed by Virgin Galactic, Richard Branson’s space tourism company, currently the largest stock in the underlying index.

While the concept seems fresh given the recent hype around social media, the VanEck Vectors Social Sentiment ETF is actually a concept that was attempted previously by the company.

Its underlying benchmark, the Buzz NextGen AI US Sentiment Leaders Index, previously drove the Sprott Buzz Social Media Insights ETF, which was recalled in March 2019 having averaged $9 million in assets during its lifetime.

“We are excited about it being back,” said Jamie Wise, chief executive of Periscope Capital, a Toronto-based hedge fund manager, which created the index. Wise said the initial fund was closed after Toronto’s Sprott Asset Management withdrew as sponsor following a corporate realignment. On its own, Periscope “didn’t have the infrastructure for marketing [so]it didn’t organically attract assets”.

A Second Time Around for Social Media

Wise has high hopes for the fund this time around.

“There is much more acceptance of the idea that there is a broad investment community out there and they do have interesting things to say. We were perhaps too early,” Wise added.

The Buzz index gathers investment-related content from social media magnates like Twitter and StockTwits, as well as blogs and news articles. Machine learning and artificial intelligence are then utilized to try and “identify patterns, trends and changing sentiment which can affect market-based outcomes.”

The 75 US large cap stocks deemed to exhibit the largest degree of positive investor sentiment and bullish perception are used to build the portfolio, which is rebalanced monthly. Wise, whose firm manages $1.2 billion in long/short hedge funds, said he formed the index because he “really wanted to know what people were saying [online]and thought there has to be some value in that.”

“For many years and even generations we have known that sentiment drives markets. The problem was that we could never measure it,” he added.

During the Sprott ETF’s incarnation, the Buzz index outperformed the S&P 500 by about 10 percentage points. It has taken off since last April, rocketing upward by 130 percent, well ahead of the 55 percent gain of the broader index.

Wise credit the success of the index to an increase in online conversation, with the number of posts available for analysis rising from about 2 million a month to 50 million.

“We think the biggest thing that has led to that outperformance is how the conversation online has grown and evolved. The more people online, the more people engaged in talking about stocks, the more confidence and breadth in the security selection of the fund,” he said.

ETFs at the Intersection of Social Media and Investing?

Adding to the idea that the time could be right for another social media ETF is the fact that the extant Global X Social Media ETF (SOCL) just pegged a 52-week high and is up 195.2% from its 52-week low price of $24.57/share. The fund is 1.57% higher on Tuesday.

Todd Rosenbluth, head of ETF and mutual fund research at CFRA Research, believes that “this time around could be different” in terms of attracting assets to the concept, “because we have seen the potential of social media and retail sentiment in helping drive the key themes in the market place”. Nevertheless he warned of the potential for high turnover, given that “the [online]crowd moves quickly and hot money moving in is often hot money moving out.”

Other financial pundits are less supportive of the idea.

Ben Johnson, director of global ETF research at Morningstar, said it was “an interesting concept that is going to attract investors’ attention,” given that “thematic ETFs that have some sort of compelling narrative” and are driving a lot of investment flows, whether that narrative is “real or illusory.” But he fears the fund may be driven by the “worst kind” of momentum.

“Jumping on the social media sentiment bandwagon and letting that whip your portfolio around is effectively a high-octane momentum strategy and it’s a brand of momentum that’s about the worst kind, rather than more academic kind,” Johnson said.