You are at:Home»Beyond Basic Beta Channel»Dow Headed For Best Day Since 2008 Fueled By Fiscal Stimulus Optimism 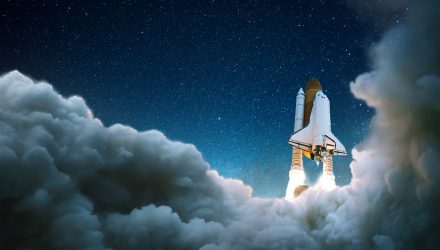 Markets blasted higher today and are set to close the day with the biggest winning day since October 2008 after a harrowing last week, as Nancy Pelosi suggests that the release of a much-awaited fiscal stimulus package is imminent.

As markets approach the close, the Dow Jones Industrial Average is having a banner day, up nearly 10.5% from Monday, having climbed almost 2000 points. The S&P 500 has rallied almost 200 points and has rocketed nearly 9%. Meanwhile, the Nasdaq, which had suffered the least in the downdraft is up 500 points or 7.5%.

Senators are optimistic that they will agree on a fiscal stimulus package that will help the economy weather the economic devastation that is resulting from the coronavirus outbreak, which is boosting markets, in addition to bottom-pickers hunting for low priced, beaten down companies.

“From a market perspective … it feels like we’re coming to the end of it,” said Michael Novogratz, CEO of Galaxy Digital, on CNBC’s “Squawk Box.” Novogratz started buying into this market on Monday, he said. “It doesn’t necessarily mean the market’s going to go up, but a lot of that crazy volatility is kind of coming out.”

After two failed attempts to get a stimulus package approved over the weekend and on Monday, markets were in a dark place. The Dow dropped 582.05 points, or 3%, to a new three-year low on Monday and was headed to notch its worst calendar month since 1931. The S&P 500 dropped 2.9% and was more than 30% from a record close set on Feb. 19. But all the devastation has brought some hope of a possible bottom, as volatility has peaked and pulled back some.

Despite the hype, there is still some debate about how much longer the country should remain largely shut down, as President Trump is anxious to open businesses back up, despite the fact that the coronavirus is still rapidly spreading, having reached over 400,000 cases and almost 19,000 deaths worldwide, while others are concerned.

The president says he wants the nation “opened up and just raring to go by Easter”, which is only a couple of weeks away, and one that few health experts believe will be sufficient in containing the still burgeoning coronavirus pandemic.

“I understand what the president is saying that this is unsustainable that we close down the economy and we continue to spend money. There is no doubt about that,” Cuomo said at a news conference in New York City.

“But if you ask the American people to choose between public health and the economy then it’s no contest. No American is going to say ‘accelerate the economy at the cost of human life,’” Cuomo argued.