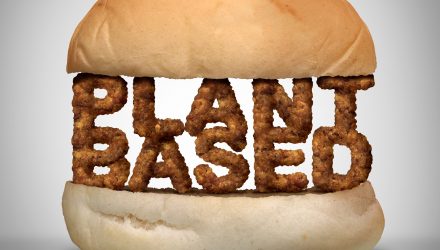 Shares of Beyond Meat rocketed 13% higher in post-holiday, morning trading Tuesday after coffee giant Starbucks announced that it would augment its menu with more plant-based options as part of its efforts to battle climate change.

Beyond Meat has had a tough time since last July, when it peaked near $240 a share, before plummeting to under $74 by December, amid concerns that the stock was overvalued.

Jim Cramer said last October that, it’s time to run away from BYND stock.  By that point the stock had already lost more than 50% of its value though.

“Beyond Meat never should have been that high in the first place,” Cramer states.

The stock peaked when it reported a strong quarter. It was also premature to announce a $3.2 million shares secondary. Pricing the secondary $60 below where the stock had been trading at $160 wasn’t a good way to deal with this either. It may have allowed for a brief winning period; however things kept going lower.

Part of that stock collapse could be credited to the multiple competitors with deeper pockets working on their own plant-based meat. However, Cramer believed the additional shares broke the tightness of what would have been a vicious short squeeze, which drove the rise from $45 to $239 in just a couple of months.

“Based on our channel checks with select McDonald’s based in Ontario, Canada that are currently testing the Beyond P.L.T. burger, the initial feedback has been largely positive, although it seems that the trial has not been a blowout success thus far that justifies an immediate nationwide rollout across both Canada and the U.S.,” Bernstein said.

With the news of Starbucks adding plant-based choices to its menu, Beyond Meat has been given new life, ramping up from the depths of below $75 a share earlier this month, to nearly $126 a share today.

While the volatility of Beyond’s stock has frightened away some investors, consumers have been hungry for its meat alternatives as health and environmental concerns lead them to reduce their meat intake. Restaurants like as Carl’s Jr. and Dunkin’ have added Beyond products to their menus to appeal to those customers.

Investors looking for ETFs that contain Beyond Meat can look at the Renaissance IPO ETF (IPO), which had a stellar performance in 2019.