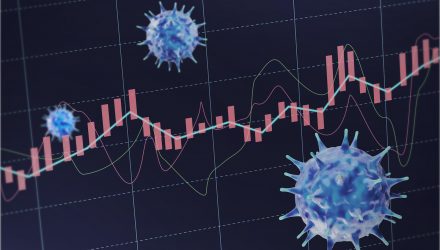 Stocks are paring some of the considerable gains made on Monday, as investors and traders cautiously observe congressional testimony from Federal Reserve Chair Jerome Powell and U.S. Treasury Secretary Steven Mnuchin.

U.S. stocks were trading nearly unchanged Tuesday, after the S&P 500 and the Dow Jones Industrial Average had their biggest gains since early April, amid news that drugmaker Moderna released positive, preliminary results from its first human trial of its experimental Covid-19 vaccine.

Stock Index ETFs were green Monday as well, tracking moves in the benchmark stock indexes. The SPDR S&P 500 ETF Trust (SPY), the SPDR Dow Jones Industrial Average ETF (DIA), and the Invesco QQQ Trust (QQQ), all climbed higher but are paring some of those gains on a more tepid Tuesday.

“You’ve got relative calm today,” said Yousef Abbasi, global market strategist for institutional equities at INTL FCStone told MarketWatch. “I think after a day like yesterday, where you’re up 3%, it does speak to the strength of the market to come back and just be flat today.”

As Powell and Mnunchin fielded queries related to the stimulus package, as part of the required testimony, the Fed chair already has offered that lawmakers, instead of monetary-policy makers, should do more to bolster an economy that is most probably in the midst of a deep recession as a result of actions taken to stymie the spread of the viral outbreak.

“As a society, we should do everything we can to provide relief to those who are suffering for the public good,” Powell said in prepared remarks.

Mnuchin also noted that while there are a few disparate models of how the $500 billion loan fund could be allocated, it’s possible that the government could ultimately lose all the money it plans to lend.

“There are scenarios within [the business lending programs]where we could lose all of our capital, and we’re prepared to do that. And there are scenarios where the world gets better, and we could actually make a small amount of money,” Mnuchin said in an exchange with Sen. Mark Warner, D-Va.

“Our intention is that we expect to take some losses on these facilities. That’s our base case scenario,” said Mnuchin.