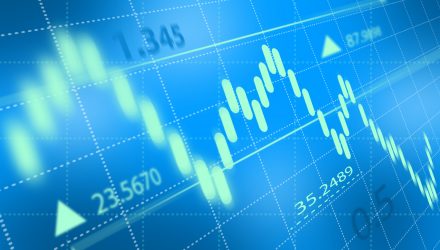 Stocks are treading water near Friday’s highs again on Monday, attempting to continue the move higher after last week’s explosive rally amid optimism over the economy reopening.

The Dow Jones Industrial Average traded over 200 points higher, or about 0.8%. The S&P 500 rallied 0.4% while the Nasdaq Composite added 0.27%, reaching a new record high, led largely by travel stocks and utilities, while tech declined.

Stay-at-home winners such as Netflix, Microsoft, and Zoom Video all lagged the broader market, while airlines and cruise stocks advanced along with energy.

“What is clearly happening is the excitement of reopening is allowing a lot of these companies that have been casualties of Covid to come back and come back in force, ” said Stanley Druckenmiller, chairman and CEO of the Duquesne Family Office, on CNBC’s “Squawk Box.” “With a combination of the Fed money and, in particular, a vaccine where the news has been very, very good.”

“Well I’ve been humbled many times in my career, and I’m sure I’ll be many times in the future. And the last three weeks certainly fits that category,” added the legendary hedge fund manager, who admitted he missed the comeback because he underestimated the Federal Reserve.”

Stocks exploded to levels not seen since February last week, after a surprise burst in U.S. employment. The Labor Department noted Friday that the economy added a record 2.5 million jobs in May, which early beat the 8 million lost jobs that economists polled by Dow Jones had forecast, invigorating investors and fueling risk-on sentiment.

Unemployment still stands over 13% however, and analysts are cautiously optimistic but aware there is more to be done to rectify the situation, and a coronavirus vaccine is still crucial for enduring economic success.

“The 2.5 million rebounds in employment last month reverses only a small fraction of the jobs lost since February,” said Michael Pearce, senior U.S. economist at Capital Economics. “But considering we and the consensus had been braced for another large decline, it builds on the signs from some of the other macro data this week that economic activity is rebounding faster and more vigorously than we had anticipated.”