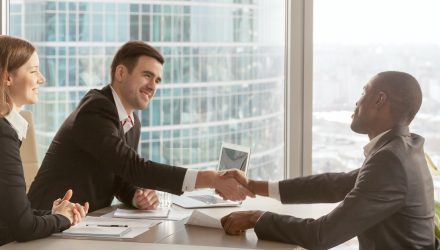 Employment surprised analysts and investors by climbing 2.5 million in May as the jobless rate declined to 13.3%, according to data Friday from the Labor Department. That number was dramatically better than economists had anticipated and suggested that an economic recovery could be closer than imagined.

Economists surveyed by Dow Jones had been projecting payrolls to fall by 8.33 million and the unemployment rate to advance to 19.5% from April’s 14.7%, marking what would have been the worst numbers since the Great Depression.

But of course, this was not the case, and May’s numbers demonstrated that the U.S. may already be headed for recovery after its swiftest decline in history.

“It seems the damage from the nationwide lockdown was not as severe or as lasting as we feared a month ago,” said Scott Clemons, chief investment strategist at Brown Brothers Harriman.

The stock market rocketed higher following the report as the Dow Jones Industrial Average exploded over 900 points, or 3.5%, as of nearly 1 pm EST. The S&P 500 rallied an impressive 2.8% following the news, while the Nasdaq climbed 2.15%, reaching fresh all-time highs intraday.

Meanwhile, government bond yields raced higher as well, as prices fell sharply, with the benchmark 10-year Treasury most recently at 0.91%.

“Barring a second surge of Covid-19, the overall U.S. economy may have turned a corner, as evidenced by the surprise job gains today, even though it still remains to be seen exactly what the new normal will look like,” said Tony Bedikian, head of global markets at Citizens Bank.

The explosion in employment closely paralleled the 2.7 million drop in workers who reported being on temporary layoff. Economists were skeptical as to whether job losses would be more enduring, or even permanent, however.

“The glimmer of hope in that [April] report, as awful as it was, was that 78% of the people who lost their jobs believed that loss would be temporary,” Clemons said. “It turns out that optimism seems to have been warranted. As the economy responded and people went back to work, the jobs were still there.”

In a time when Americans are tense over the economy reopening, exploding racial tensions, and trade issues with China, this is all welcome news, offering hope for many.

The huge increase in jobs “suggests that the US economy is more resilient than expected,” said Seema Shah, chief strategist at Principal Global Investors.