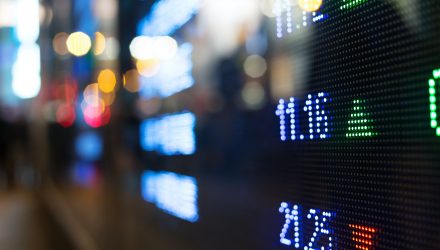 Stocks are popping higher once again on Wednesday, after closing lower on Tuesday, as traders attempt to manage the wide vacillations in market activity and await the Federal Reserve Minutes this afternoon.

The Dow Jones Industrial Average climbed 317 points, or 1.3% higher Wednesday after sinking into the close Tuesday amid doubts about the durability of the Moderna vaccine study. The S&P 500 also rallied 1.5% while the Nasdaq Composite added 1.8%, as investors anticipate improvements in the economy as it gradually reopens.

Investors are closely monitoring how the reopening of states is progressing and so far there doesn’t appear to be a major explosion in viral activity. On Wednesday, Connecticut began allowing consumers to dine in at restaurants with outdoor seating and some shops, and California is discussing similar plans. New York Governor Andrew Cuomo also stated the state’s outbreak has been curbed and is back to its early phase.

“The next three to six weeks are likely to be important for the financial markets are a majority of states are in the process of reopening their economies to varying degrees,” said Scott Wren, senior global market strategist at Wells Fargo Investment Institute, in a note. Stocks have already “priced in some degree of reopening success.”

However, “we continue to believe that consumer spending may be slower to come back than the market appears to currently expect,” Wren added.

Investors have dealt with considerable volatility so far this week as markets rocketed higher Monday, only to pull back on Tuesday after notching fresh local highs, and are now re-test those highs on Wednesday, awaiting the Fed report. Analysts are lauding the durability of stocks however, acknowledging that the pullback could have been worse yesterday.

“The overall stock market gave back only a small part of its monster gain from [Monday] which really was encouraging being bolstered most of the day by the prospect of a period ahead of ‘better news,’” said Jim Paulsen, chief investment strategist at the Leuthold Group. “With re-openings now the vogue about the country, it seems almost assured that fundamental economic and earnings reports are headed for a period of improvement.”

“Coupled with a virus headed into its weak summer season and vaccine trials in full go, perhaps the stock market could be supported by something other than liquidity injections and fiscal juice,” added Paulsen.