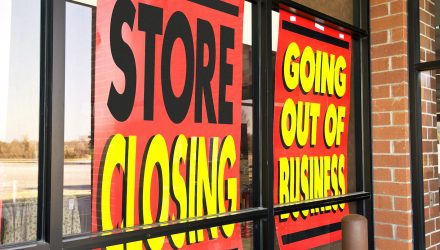 Markets are pulling back across the board today, with stocks down after moving to fresh relative highs yesterday, as the coronavirus crest 2 million cases worldwide, and consumers continue to stay home and hoard cash.

Consumer and manufacturing reports for March showed the damage to the economy from the coronavirus pandemic was even more catastrophic in the early weeks of the shutdown than first anticipated.

“The economy is clearly in ruins here,” said Chris Rupkey, Chief Financial Economist at MUFG Union Bank. “Nobody is buying cars, down 25.6%, nobody is buying furniture, down 26.8%, and eating and drinking places were down 26.5%.”

Stocks took the news, with the S&P 500 falling more than 2%, but crawling back to 1.79% off as of around 115PM EST. Meanwhile, the Dow Jones Industrial Average has declined 2.06%, and the Nasdaq Composite, which has performed the best recently, has lost 1.37%.

Analysts are exasperated by the data, finding it a challenge to predict what the future holds for sales number and consumer data.

“Retail sales in the fourth quarter of 2008 fell over 8%, but that was over three months,” Rupkey said. “This was just one month. … Consumers are hunkering down at home, only venturing out to go to the grocery store. It’s lights out today, and as far as we can tell, it’s going to be worse next month.”

“The bottom line is that consumer spending has fallen off a cliff after being relatively solid for a prolonged period of time,” according to McCarthy. “There has been significant substitutions in spending habits as consumers have tried to cope with social distancing. The consumer sector will provide a drag on Q1 and Q2, but it’s going to be difficult to estimate the size of the drag.”